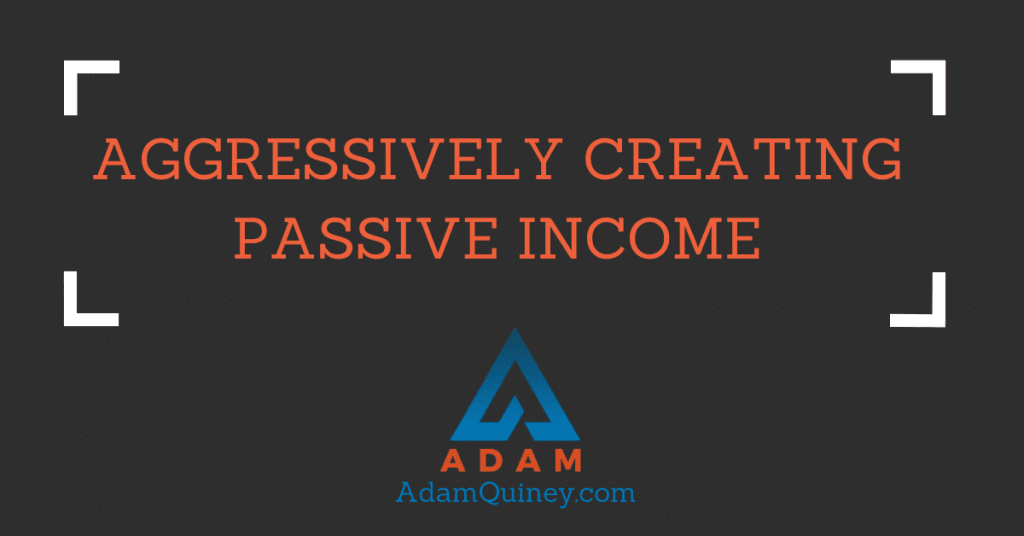 Every now and then, I come across people that are involved in the game of making money so that they can be free.

That game takes a bunch of forms. One popular one is working really hard so that you can retire when you’re fifty-five. Basically get a head-start on the rest of your life. Another version is the more recently vogue approach to creating passive or residual income.

These people are generally fixated on things like scaling, making more money, and working really hard now, so that they can NOT work really hard later.

The energy underneath these approaches is a little ironic.

We can be a little like goldfish inside these patterns. We don’t have much altitude, so we mercifully forget about the stress and overwhelm we were experiencing prior to our momentary experience of peace, or our momentary relief about money. When you get a big whoosh of money, or a big void with nothing to do, it leaves you feeling like it’s all worth it.

This works similarly to the way a slot machine works — the payouts that you get and the way it lights up the reward centre of your brain helps you forget about all of the coins (and time) you’ve been feeding into the machine. Instead you just put your attention on the flashing lights and the sound of coins spitting out at you.

The funny thing about residual income is that if you get a little curious about why people want to make a bunch of passive income, you’ll find that they don’t often have a very well fleshed-out answer. The usual motivation is so that they can then do the thing they really want to do, and not worry about money.

But if you ask them about the thing they really want to do, it falls apart pretty quickly.

I had one person message me on Facebook to start talking about his mission to help people retire by the time they were thirty. When I asked him how that was going for himself, he told me he was getting there. Okay… cool. What will you do once you’re there?

Well then, he’d help his family get there.

Okay, but what then?

Great! Tell me more about world peace — how do you want to make that happen? Where will you start? Tell me about your vision!

The idea isn’t really well thought out, because all of their attention, intention, and energy gets put on the thing that they believe is in the way: getting residual income.

It’s really human to put our attention on the thing that we think is in the way, rather than the thing we really want to create.

But the secret is that you create more of what you put your attention on. So these people tend to create more energy around money, more fixation on creating money, and more of the story that the reason they can’t have what they want yet is because they don’t have enough money (passive or otherwise).

This is why so many people end up losing sight of their dreams, and why Thoreau described most people as “living lives of quiet desperation”.

You don’t have to solve this overnight, or quit your job tomorrow or anything like that. But it might be worth starting to put five percent more of your attention on the thing you say you really want, now, today, in your life, rather than after you’ve gotten everything else handled.