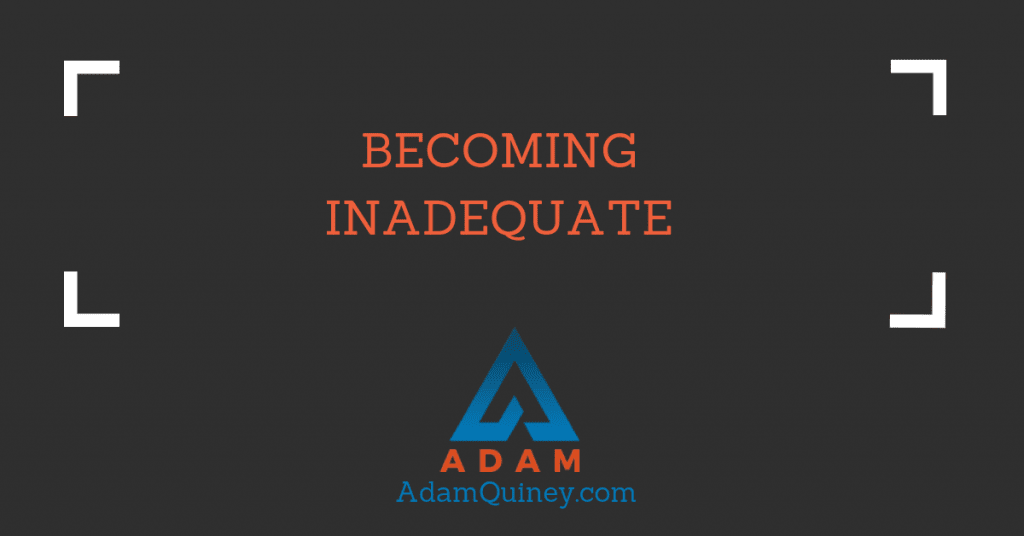 Svetlana was frustrated. She was in a meeting with her team, talking about the issues she was having with her direct reports.

“I don’t get it, I do all this work, I fill out all the reports. I’m doing everything that is being asked of me. No matter what I try, I don’t seem to be able to hit what we need.”

The rest of Svetlana’s team, ‘Gurt, Horseysmalls, and Maltbag all nodded understandingly. This wasn’t the first time they’d been in this conversation.

Svetlana was reliable to do more work than anyone else. It was almost her hallmark. The trouble was that the way she did the work left everyone else feeling inadequate. There was always a weird power dynamic that showed up with Svetlana. The team had always struggled to put their finger on exactly what was happening, and as a result, were simply left in the impact of it.

Unable to articulate what was going on, both Svetlana and the rest of the executive team were left feeling a mixture of frustration and empathy for one another. They all knew something wasn’t working, and despite their best intents and Svetlana buckling down even harder, things just seemed to get further out of whack.

Jonathan, who the team had brought in to help them with their leadership, sat quietly and listened to Svetlana. Once it was clear Svetlana had finished, he spoke.

“Svetlana, this makes sense so far. Your team don’t seem to be meeting the expectations you guys have been setting for them, and as the leader of your team, you’ve been throwing everything you can at the wall. It sounds like it’s frustrating, and causing your brain to smoke a little bit. And I think what I’m hearing is that the more you seem to try and take on to shift this, the more things stay the same. Is that right?”

Svetlana was frustrated, but it was a relief just to have her experience gotten. She breathed shallowly and sighed. “Yes, that’s exactly right. I’m breaking my ladyballs here trying to find something that works.”

Maltbag and Horseysmalls exchanged a smile. Even in her worst moments, Svetlana managed to create humour. She was a valuable member her of the team, and no one wanted things to carry on this way. Jimmylog Inc. was a company doing relatively well, and everyone on the executive team wanted to see Svetlana through this.

Svetlana continued, “It’s like… nothing seems to be shifting, despite my best efforts to have it go differently.”

Jonathan nodded, and waited to see if Svetlana had more to share. When she didn’t he responded.

“Actually, my hunch is that nothing is shifting, because of your best efforts to have it go differently.”

The room fell silent, waiting for Jonathan to share more.

He just sat there waiting for Svetlana to respond. In truth, Jonathan didn’t know how she would respond to his suggestion, but he wanted to see what would happen. His opening foray was intended to shock her a little bit, disrupt her thinking, and create the opening for a different kind of conversation. Usually, the less he said at this point, the better.

Svetlana sat looking at him, confused. Eventually, she spoke.

Jonathan elaborated, “Well, it seems like you’re having an experience, as a result of how your team is performing. Would you say that is fair?”

Svetlana nodded, “Definitely. I feel awful because of the fact that we’re where we are. Like, I shouldn’t be here. I should be able to solve this.”

Svetlana looked confused. The rest of the team leaned in — the conversation had taken a turn into a new area, and they were curious.

Jonathan continued, “Let’s just make sure you’re with me here. How would you describe the way your team is showing up, Svetlana?”

“Ummm. They’re basically just not achieving the goals we’re setting for them. And there are a bunch of reasons for that, all of which I can elaborate on, but that’s the best summary I can provide.”

Jonathan continued, “Exactly. And what I’m hearing here is that it’s not just like your team are not achieving the goals you’re setting out for them — that’s not just a fact, like if I said ’Svetlana, you have blonde hair’. It’s an issue. There is significance for you that your team are not meeting their goals.”

Jonathan paused briefly before asking his next question. “Svetlana, what do you make it mean about yourself that your team aren’t achieving their goals?”

Svetlana was pretty quick to answer, “Well, basically that I suck. Like, I feel like a poor leader, and like I should already know how to do this, and I feel embarrassed that my team aren’t moving forward. We shouldn’t be where we are. We should be further along.”

Jonathan turned to the rest of the team, “Can anyone else relate to this experience?”

Maltbag and ‘Gurt both nodded their heads. Horseysmalls shook their head.

“It’s okay if you can’t, but if you can, I want you to listen to the conversation Svetlana and I are having for yourself. See what you can take away from this conversation for yourself, rather than simply observing Svetlana doing her work. Got that?”

Jonathan got nods from around the table, and turned back to Svetlana.

“So, when you feel that way — like you shouldn’t be here, like it’s wrong, like you’re embarrassed and are a bad leader… What do you feel inclined to do?”

Svetlana already knew this one. “That’s easy. I double-down on what I’m doing. I try even harder, and …” Svetlana paused and looked a little embarrassed, “and I probably bring that energy to my teams too. Like, I double-down on them, and put extra attention on the people that are working harder. Kind of making them a champion, and everyone else a fathead.”

“Awesome. You’re doing really great work here Svetlana.” Jonathan assured her, before continuing, “So look, I’m going to make an assertion. First, can we call this experience you find yourself in, inadequacy?”

“Great. Here’s my assertion: you’re inadequacy waiting to happen. What I mean by that is that from the moment you wake up, until the moment you go to sleep, you are on the lookout for inadequacy. You live in constant fear of being inadequate. Somewhere along the line, you learned this about yourself, and you became ‘I’m not enough’. Your life became about overcoming ‘I’m not enough’. Is this making sense?”

“Basically, you have no capacity to be inadequacy. As soon as that shows up, you get all crazy, and have to perform over top of it. Kind of like an allergic reaction, your whole system goes on lockdown. Make sense so far?”

Svetlana nodded, and then responded, “Yah, but what do I do about this? Like, what else could I be doing?!”

“That’s the problem — right now, as soon as inadequacy shows up, you have to get the hell away from it. Around this thing, you get put into a rut, and you get really linear. Your options are basically double-down on the work, or… Well, what is the other way things predictably go?”

Svetlana thought for a while. “I think the other way is that I just say ‘Fuck it’ and give up. I walk away from it and decide it wasn’t worth it because other people weren’t willing to show up.”

“Great. So you can either whip the horse harder, or give up on the horse and find a new team, group, project, etc. Basically what we’ve got here is an inability for you to simply be inadequate. And consequently, you have learned to perform in order to not be inadequate. And then let’s just canvass your team to get a sense of what that tends to create, impact-wise.”