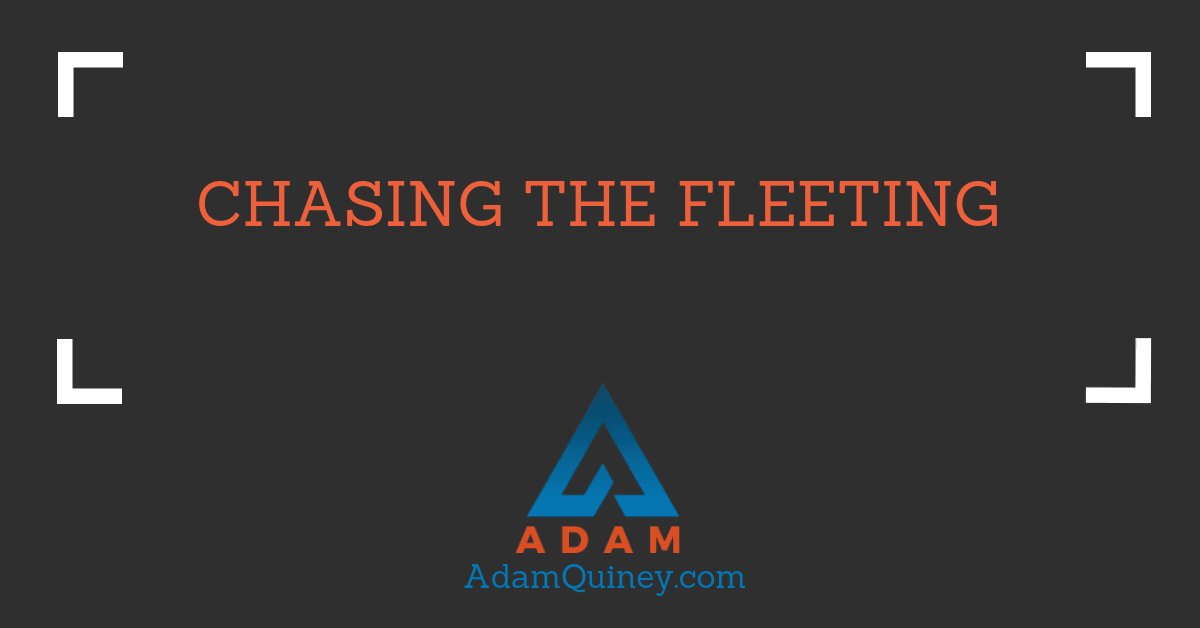 Sitting down and writing, trying to recollect the thoughts of past.

There was a good idea, somewhere, sometime.

Now it’s lost to the annals of time. The dusty attic of memory. There are millions of boxes up there, and one of them contains the idea, but are you really going to go rummaging around for it?

Maybe it’s worth it to start opening boxes. If you can let go of your attachment to finding the one correct idea, there may be something in simply opening old ideas and seeing which one inspires you currently.

But instead of that approach, the risk is going in and trying to find the idea. As though there is some single, magical idea that is meant to be the one you want to share, because that is the one that occurred to you most recently.

Who made the rule up? Do you know?

Was it you? Do you know why you made it up?

Or perhaps it was someone else in your life. Maybe you got in trouble when you couldn’t remember things, or were told you were forgettable, and had your sense of self diminished as a result of that judgment.

Is this a rule that still serves you? I see all the fixation on getting back to the right idea, but it doesn’t seem to be giving you a very empowered experience of what’s going on for you right now.

Ah. I heard the objection. But you need to find this correct idea.

I so get it. But do you really? What’s that about?

Are you afraid that if you don’t share the right idea, you’ll never get it again? Are the thoughts in your brain a product of scarcity? Rare gems that will be available only in a short window of time unless you frantically scrawl them down and ensure you capture them?

When did you start relating to yourself and your brilliance through the lens of scarcity?

I know it’s scary to let go. We’ve each been trained out of this childlike tendency. We’ve lost the ability to be an improviser, dancing and flowing with the moment, and instead learned to operate like an engineer, building things according to plan, ensuring no step is missed.

If it feels awkward, scary, unnatural, stupid, silly, inefficient, unproductive, or dumb, it’s meant to. Those feelings are your compass. They’re there to tell you that you’re leaning outside of your comfort zone.

Are you ready to head into the attic?