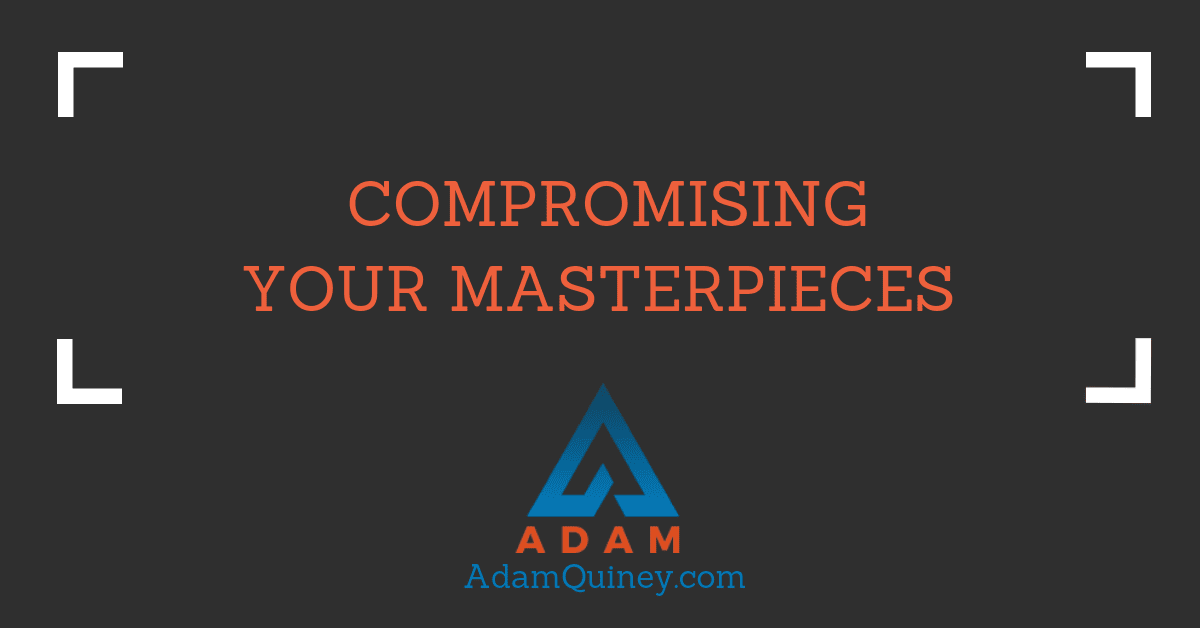 At least to you it’s a masterpiece. When the rest of the world looks at it, they can’t seem to find a way in. They stare at it for a while, and eventually their brain goes numb and they walk away.

That distinction is a constant source of frustration in your life. You are continually creating works you feel are masterful, but the rest of the world can’t seem to stick it out long enough to really get the gift.

So you’re left with a few choices.

The first choice is that you disavow the world around you, decrying them for the plebs and proles that they are. You feel like you’re casting pearls before swine, and are unwilling to compromise on the gifts of your art. Your art is your art, and if people can’t handle it, screw them! You know that there are people out there that can receive what you have — you’ve even heard from them. Those are your people. You will produce for them, and you will be vindicated by history (which will reveal the truth of you as a genius unappreciated in your own time).

The second choice is that you dumb down your masterpiece. You turn your masterpiece into schlocky pablum. The edge is removed entirely from it. All that’s left is compromise. You hate yourself while you’re creating it, and resent those that you are creating for all the more so, but at least it’s being received now.

You can try to solve for these two choices any number of ways. You can maximize the spaces and people that you expose to your uncompromised masterpieces, or you can maximize the exposure and reception you have to the world. You can create a living creating the watered down trash that you so resent, and moonlight on the side so that you still get to produce the full majesty of your work.

But however you solve for the variables, underneath it all lies the same problem: you can’t really seem to bring people along with you.

You have so much to gift to the world, but you can’t seem to provide it in a way that resonates with the world and leaves you feeling open-hearted (as opposed to resentful and closed).

It’s a tough row to hoe, without really any particular way out. Whichever way you choose, you’re compromising on some level.

Breaking this up is a slow process for you. For so long you’ve gone the route of creating masterpieces, you have incredible resistance to creating anything different.

You take on the practice of creating something consumable by the masses (stated with contempt, under your breath, as you create it), and because of your beliefs and stories about what you’re doing, you really do end up creating a diluted piece of garbage. It’s almost as though you’re proving your stories right.

The worst part is that it’s received the same way. Your brilliance isn’t really present, and people don’t really resonate with it. You’re even more resentful now. You did what they told you to do, and they didn’t even like that.

But you remain committed to breaking through this to the other side.

It’s painful, but as time wears on, your resistance to the practice wears away, as do your stories about what you’re doing. Instead of telling yourself that you’re pandering to the plebs, you get clear that you are doing this to expand your own range.

You are not compromising. You are practising.

Over time, your brilliance starts to slip into the simpler forms you are creating. The work you produce is simpler, less complex, but no less brilliant.

In surrendering to the practise of creating something new, your resistance, slowly (very slowly) slips away, and you start to discover art in the content you are creating — it’s simply a different form of the same expression.

And as your resistance morphs into true joy, you discover a new, deeper truth: