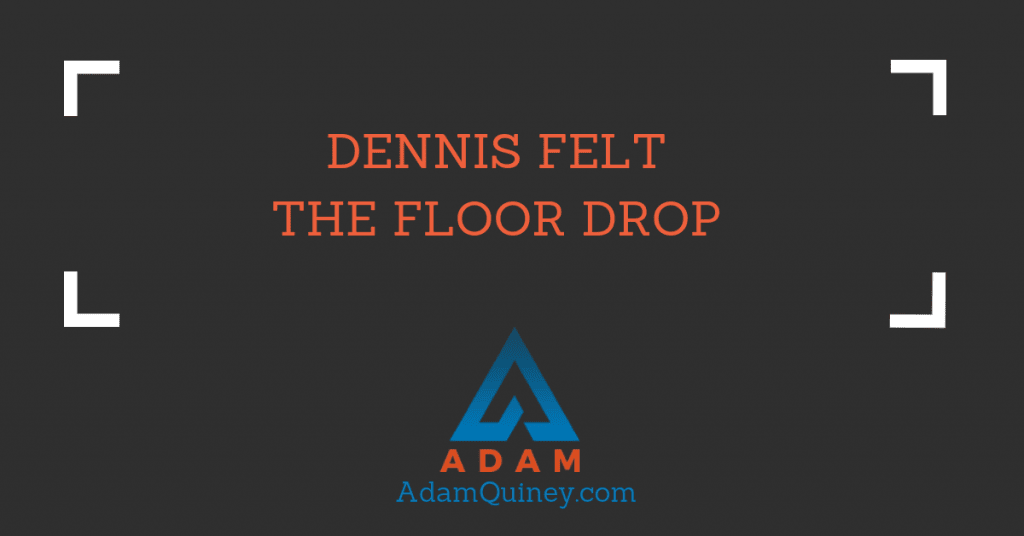 Jonathan and Dennis were well into their meals when Dennis brought the conversation back around to what Jonathan had mentioned earlier in the day.

“So, look, it sounds a little whacky to me, but maybe I’m the person you’re here to serve. My leadership team have been struggling for a while. We’ve been really successful up to this point, and yet things feel terrible. We’re fighting a lot, we’re not enjoying what we’re doing anymore, and it feels like we’ve lost our mojo. I don’t know what you do, but I’d like to know more. Would you be willing to share?”

Jonathan nodded while savouring the bite of his steak.

“Sure, I’d love to. Before I get into me, can you tell me more about you and your company? That will really guide our conversation.”

Dennis shared about how he and his co-founders had created ReggieCorp out of their master’s program, and then continued to drive it forward until it became the business leader it was today. Dennis talked about the early success, and how it was a reliable company, but all of the sexiness had fallen out of the work. While he and his co-founders were set, financially, for quite some time now, that actually made him feel worse rather than better.

“I really thought that once I’d made enough money, I’d feel secure, and then I could either have happiness, or put my attention on pursuing happiness. But instead of that, I feel more lifeless and empty than ever. And I think our company is exhibiting that same thing. It just feels like all of the joy has been sucked out of it. It feels like a lot of work.”

Jonathan listened intently, interjecting to ask a few questions from time to time. Dennis noticed what a relief it felt to share all of this, and realized it was the first time he’d actually felt comfortable enough to share the truth with him.

“I’m actually noticing I’ve kept all of this to myself up until this point too. Like, anytime someone asks me how my company or work is doing, or how life is going, I feel compelled to paint them a rosy picture. Either I don’t want them to feel bad about the fact that I have a lot of money and life is empty, or I feel the need to ‘beat’ them at the game of life.”

Jonathan laughed and nodded his head. “Sure, I know that one well. Thanks for sharing all of this.”

Jonathan took a deep breath, and then looked at Dennis, again, pausing for an infuriating long time before speaking again. “Now that you’ve shared all of that, what are you present to?”

Dennis sat and thought about that question.

Dennis thought about that last one for a little bit before going on, “Actually, kind of the same way I feel when I’m interacting with the server…”

Jonathan nodded his head, “Yah, I noticed that too.” Dennis felt a little sheepish.

Jonathan reassured him, “Oh, don’t worry, you’re a delight to be around. It’s nothing bad. Just something that’s there — something I noticed.”

He checked in with Dennis before speaking again.

Jonathan smiled, but this time did not allow a lot of space between his response, “Actually, you don’t have to make light of it. I’m not sharing this with you because I think it’s wrong or shouldn’t be there. I’m sharing it because I want to connect with you, and I want you to know that what you’re feeling is normal and human. It’s fine to joke about it, but I also notice that removes the edginess of sharing it, and it takes away from the intimacy in the moment.”

Dennis felt the floor drop out from under him. Jonathan had just pointed to a tendency Dennis had had for as long as he could remember. It was always easier for him to make jokes and lighten the mood than to be with intimacy. He started to notice how this tendency might be showing up elsewhere in his life, and was struck by the fact that what he was feeling with Jonathan, in this moment, was something he almost never felt when out on dates — genuine tender, intimacy. Dennis wasn’t sure where to go next.

Fortunately, Jonathan spoke again, steering the conversation back to why Dennis and his partners had gotten into business in the first place, and what Dennis really wanted his experience of life to be like.

Dennis and Jonathan covered a lot of ground, spanning across the results that Dennis wanted ReggieCorp to create in the world, how he wanted to feel about his work, and how that related to his experience of life. Every time Dennis started to get fixated on the results or the “how-to”, Jonathan would gently guide Dennis back to getting clear on what he wanted.

After the third time doing this, Jonathan pointed to it, “Dennis, I notice this tendency, which is that you keep putting your attention on the ‘how-to’. And that makes a lot of sense; I’m willing to bet you’re amazing at figuring out how to do anything. But that’s what’s gotten you here. When we put our attention on the ‘how-to’ before looking at what we actually want, we end up accomplishing someone else’s want. It sounds like part of ReggieCorp’s problem is that you’ve all been looking at what you need to do first, rather than what you want to do. The result is that you have a company that’s great at doing what needs to be done, but doesn’t provide you anything you want. And that’s simply unsustainable.”

Dennis sat with this for a while. For as long as he could remember he had kept his attention on what needed to be done. Going to school, he had needed to get A’s, and so he had figured out how to do that really well. After graduating, he’d learned that what he needed to do was earn a bunch of money, and so he’d taken the courses and gotten the degrees that he’d need in order to do that.

Astonished, Dennis could even see how he approached dating the same way. He identified who he “needed to be” and then showed up that way for the person he was talking to. It always worked, and it always left him feeling drained, bored and empty.

Dennis sat quietly for a long time, while Jonathan simply gave him the space.

Eventually, Dennis asked Jonathan, “There’s something different about the way you are with people. I noticed it with me, with Lisa, and with our server. It seems so easy. I never feel that way. I can keep up with you, I can make people like me, and I always feel exhausted by the end of it. And yet, what you shared about how you feel beforehand is the same way I feel. What gives?”

Jonathan nodded, noticing and honouring the vulnerability of Dennis’s question by giving it some space before answering.

“The difference is that, while you and I have some similar fears, my relationship to my fear is different. It seems to me like you’re relating to your fear as real, and like you have to do something about it. Since you’re afraid people might not like you, you turn up the charm to make them like you. Basically another version of doing what you need to do.”

Dennis nodded — that sounded spot on.

“These days, I believe my job is to acknowledge those fears, and then to show up as myself in the face of them. Rather than making the fear go away, I just allow it to be there.”

Dennis felt the same awkward feeling he had felt earlier in the conversation, and resisted the urge to make a joke. Jonathan somehow noticed this and smiled, “Nice practising!”

Dennis noticed how good it felt to be seen this way. He took a breath.

“Jonathan, I have no idea what you even are. Like, I don’t totally understand what you do, and I think paying to come to a conference and draw cats in your notebook is ridiculous. But I also think you have something that I want, and while it’s scary for me to share that with you, it’s scarier to think that I’m going to try to look good here, save face by ending the conversation, and continuing to go about my life the same way I always do. Can you help me?”

“Dennis, I would love that. Here’s what would be next — and to be clear, there’s no rush or urgency to any of this. If you want it, we can make it happen. If you don’t, then that’s fine too, and it’s always okay to change your mind before we commit to anything. What happens next is you and I pull out our phones and get distracted for precisely twenty-seven minutes. Then we remember why we pulled out our phones and schedule a time for us to get together one-on-one and have an actual coaching conversation.”

Dennis laughed. He noticed how Jonathan’s humour never seemed to take away from the energy, rather, it seemed to add to what was being created in the space.

“Then, once we’ve done that, we order another drink, chat about life and get ready for the last day of the conference. Sound good?”

Dennis pulled his phone out. “Talk to you in twenty-seven minutes!”

Jonathan laughed loudly and got his phone out as well.