DISCOVERIES FROM TAKING TIME OFF 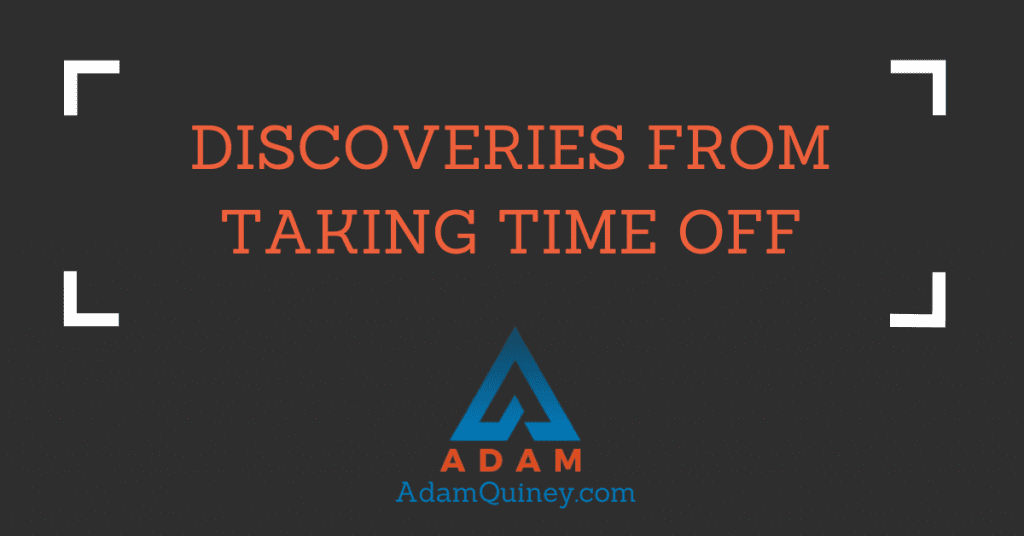 So I stopped trying to force writing, and instead, practised trusting what was showing up for me.

Another way to describe this is that I practised relating to how I was showing up as though it was a message from Spirit itself. Like, if God sat down in front of you, told you he/she/it was going to write their next book, and then didn’t write, how would you relate to them?

Like, how would you relate to them if you really understood in your heart that they were God?

I’m not asking this question to get you to buy into a particular religious belief.

I’m asking it to get you to start to trust what is showing up for you as something that is profound and sacred, rather than a symptom of your “laziness”, “procrastinating tendencies” or “unwillingness to get things done”.

This question is an invitation to let go of the judgments you attach to how you’re showing up, and instead, to start trusting yourself.

When I start to trust how I’m showing up, the other thing that comes along for the ride is fear.

My fear doesn’t typically look like being afraid. It looks like a middling kind of guilt and not-doing-enoughness.

“I should be doing more.”

Trusting myself means treating what is showing up for me as sacred, honouring it (by relaxing, playing video games, doing whatever is there for me to do, and so on), and then /being/ with that fear.

Being with that fear, meaning I don’t respond to it.

I don’t react to it.

I don’t try and do something to make that fear go away, or to fix it. I just accept that the fear is there, and that’s the way it sounds.

As I’ve practised that over the holidays, I’ve discovered a few things.

The work I do is demanding. Not physically (which is deceptive), but energetically.

I take a month off of work every six months. That sounds like a luxury to a lot of people, but these days, that’s become a necessity. I suspect that if you started to really honour your own energy and trust what is showing up for you, you might discover that the same may be true for you.

Second, I’ve discovered how resistant I am to letting my fear simply be.

I schedule the time off, then I spend it playing video games while obsessively checking my email. That isn’t time off.

It takes discipline to really take the time off.

Lastly, I’ve discovered that when I actually take time off, I come back to work refreshed and excited, rather than with dread and resentment. I’m recharged and ready to write, ready to coach, and ready to lead.

What have you discovered from your time off this year?