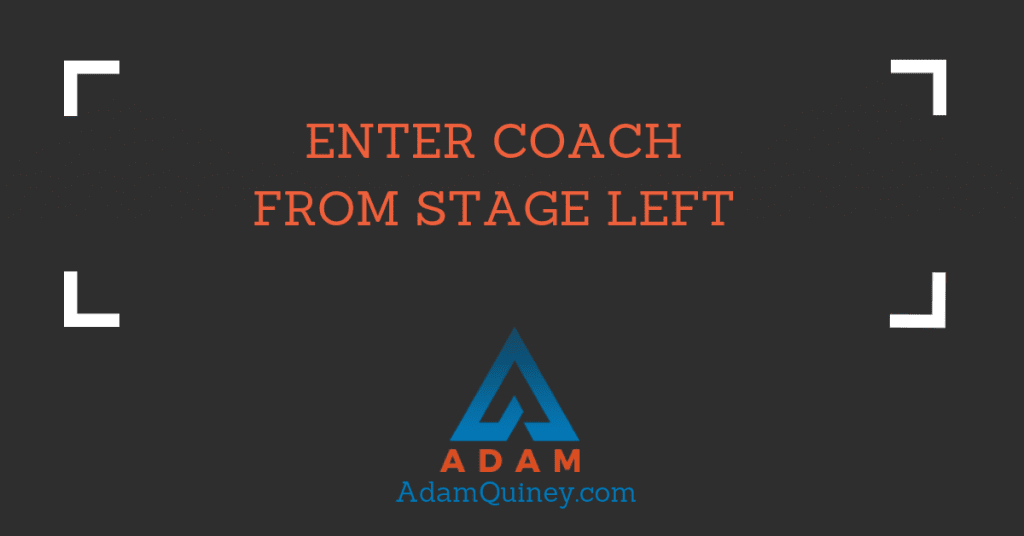 Ronsack was sitting at the playground of the elementary school he’d gone to. It was long past school hours, and heading into twilight, which meant Ronsack could have some solitude.

This had always been his place of solace whenever things got bad. And they had gotten bad. Really bad.

Ronsack ran through a quick recap of the last few weeks. Reginald was now showing up to work wearing a straw hat, overalls and bringing pigs to work. Bleat’s grenadine habit had gotten out of control, and she seemed fixated on some idea of going megastrophic. Finally, Linda was stressed to the max about the yogurt containers Ronsack had been leaving around the office.

Ronsack took a deep breath and reminded himself, “It’s not your fault, old Sacky. You’re doing your best. It’s just hard to remember to deal with yogurt containers once the food is gone from them.” That seemed to calm his nerves a little bit.

The familiar voice caused Ronsack to look up, and exclaim in surprise when he saw Bleat standing in front of him.

“Hey Bleat,” he offered quietly. He wasn’t feeling particular chatty. “What are you doing here?”

“I always come here when I need some time to think. I like the swing set, when it’s free.”

Ronsack was surprised, “Really? I’ve been coming here for ages and I’ve never seen you here.”

Bleat, gestured behind Ronsack. “Seriously? This is where most of the city’s high-level executives come to have a good think. Take a look.”

Ronsack turned around and was surprised to see about seven different people in suits, sitting on various playground equipment, looking pensive and staring off into space.

Bleat motioned to one of them and invited him over. Ronsack wasn’t pleased with that — he’d really been looking forward to his solitude.

The new stranger walked up with a warm smile, and said “Hi Ronsack, I’m the man you’ve been waiting for.” Ronsack hadn’t been aware that he was waiting for someone. He immediately hated this new arrival.

Bleat spoke, “Ronsack, this is Marlvid. He’s a business life coach. He’s going to help us fix everything at Glarftech.”

Marlvid laughed and slapped Ronsack on the back, quite hard. Ronsack let out an audible “Ouch!”.

Marlvid continued to make eye contact with Ronsack, but didn’t say anything. Ronsack looked confused and then rubbed his shoulders to ease the smarting from the slap.

Marlvid smiled, “Pretty powerful right? I’m not a life coach, I’m a business coach for your business’s life. Currently your business is a pile of crap. I’m going to help you chisel that dog turd into a beautiful sculpture.”

Ronsack thought about that. “Well…wait, wouldn’t that mean we’ll have a beautiful sculpture made out of crap?”

Marlvid laughed again, and slapped Ronsack again, who showed a look of frustration and pain. “See Ronsack, think of your shoulder blades as your business. They’re currently in pain because someone is slapping them. You need to take your business and make it unslappable. You’re going to use my proven system to move from slappable and crappable to tappable and fappable.”

Ronsack started to speak again, “Wait, but doesn’t that last word mean…” He cut himself off abruptly when he saw Marlvid lift his hand to slap him again.

Marlvid stopped mid-gesture and turned it into a finger gun that he pointed at Ronsack. “See, you’re already learning!”

Ronsack decided he may just like this man after all. Bleat clapped her hands and squealed with glee.

The next day, Bleat, Reginald, Ronsack, Linda, the office pig, and Marlvid met in the boardroom for the first of a number of meetings. Marlvid was wearing a well tailored suit and a neckerchief.

Marlvid began, “Hi everyone. Today’s meeting is called the Maximum Super Meeting. In it, we’re going to get your team up to maximum and have them become a super team. That’s why it’s called that.” He paused and made pointed eye-contact with everyone in the room.

“From there, we will have a series of meetings intended to do extremely important things. At the end of each of these meetings, we’ll check in with you to see what you’d like to acknowledge each other for, finishing by shouting the inspiration chant. My intention is that you become so inspired that everything happens like magic. We’re also going to train you to fill out a bunch of forms. In my experience, filling out forms is what many successful companies do, and over time, we’re going to have you create your own forms to fill out. You will call this your Patented Focus Process®”

Linda leaned over to Reginald and whispered in his ear, “Did he just pronounce the registered copyright symbol?” Reginald chewed on his grass and nodded slowly, “I think he did…”

Marlvid began passing a box around while he continued talking, “Here are your team neckerchiefs. From here forward, you’ll wear these to every team meeting. They’ll demonstrate a show of pride and remind you of a simpler time. If you tie it to the side like I have mine, it’s kind of jaunty. You can also leave the knot in the front, but I find that kind of dorky. The cool thing about this process is you get to choose what kind of team you are — either jaunty or dorky”.

The room broke out into laughter. Marlvid waited patiently for it to die down, and then addressed Reginald again.

“Seriously, you look disgusting. Those overalls are covered in mud, and I can see your dirty feet.”

Linda was amazed. She’d felt this way ever since Reginald’s change had come over him, but hadn’t known the right way to say it. And here Marlvid was, just saying things.

Marlvid turned and addressed the rest of the leadership team, “This is a technique I call Authentic Saying®. Just start saying the authentic thing to the other person, all the time. Just say how you feel, and everything will get better, almost as though by magic.”

Linda blurted out, “I hate how you leave yogurt containers everywhere Ronsack!”

Bleat jumped in, “I want to go megastrophic!”

Everyone paused, and Marlvid continued. “Great work, you are already 73% closer to being a maximum super team. I’m going to leave for three hours and let you practice Authentic Saying. Let’s see how you’re doing after that.”

Marlvid closed the door behind him as he left the boardroom, and heard various members of the team begin to share their truth.

Marlvid left and went down to the neighbourhood pub. He ordered a package of lightly salted peanuts and a pint of Guiness. For a long while, Guiness and peanuts had been one of his go-to snacks during the midday. He found that the light salt on the peanuts provided a nice contrast to the creamy, slightly bitter taste of the Guiness. Further, the combination of fat and protein in the peanuts gave him the kick he needed to keep generating himself the way these meetings required.

For the remaining three hours, Marlvid sat and stared at the wall.

Marlvid returned to the boardroom. It was not a pretty sight. There were yogurt containers everywhere, and Linda was softly crying in the corner. Reginald was wearing dress shoes with his overalls, and Ronsack was barrelling through a large container of yogurt. Bleat was simply sitting in her chair staring off into space.

“Great work everyone,” Marlvid said as he entered the room, “Let’s do a quick debrief and see how everyone did. Who will go first?”

After several minutes of silence, Reginald began, “Well, I shared my truth with everyone, and also realized that I need to wear dress shoes more at the office. I’ve created a schedule to do that three days a week.”

Marlvid nodded, “Great. This is a key part of team dynamics. Sometimes it’s hard to hear the truth, but it also gives you a thing to do, and I’ve found that having things to do helps teams see the value I’m providing. Who else?”

Linda spoke softly, “Well, telling Reginald that he looks ridiculous felt great. But then having Ronsack tell me that I’m bossy felt bad. So I would say I feel about medium.”

Marlvid nodded with understanding. “Great, that makes a lot of sense Linda. Let’s have you Authentically Say® one more thing to someone, just to get you up from medium to maximum.”

Linda brightened. “Okay. Um, Bleat, I don’t know what megastrophic means, but I think I want to go there too. And also you drink too much grenadine. It’s like… pure sugar. When you smile, you look like a vampire who just finished feasting on blood.”

Bleat continued to stare off into space.

Marlvid checked in with Linda, “Great, how do you feel now?”

Linda pursed her lips as she checked in with herself, “I guess slightly better?”

Marlvid smiled broadly, “Great, let’s call that maximum. From here on, your only job at this company is to be maximum.”

A look of insight and delight came over Linda, “Oh my god, that’s amazing. This is going to free up so much of my time!”

Marlvid nodded, wisely, “Yes. A lot of people find that after working with me, they have much more time than they did before.”

Marlvid turned to Bleat, “How about you space cadet?”

Bleat, without making eye-contact with Marlvid, whispered softly, “I can see time…”

Marlvid replied, “Great work! Let’s put you in charge of the company’s weekly and monthly deliverables, and make you the project management lead. An ability to see the very fabric of time will help you determine where to prioritize, and the fact that you’ll be able to see whose mortal thread is soon to be cut by the three Fates will help this company avoid promoting anyone that is inevitably going to die in the next six months.”

Finally, Marlvid addressed the elephant in the room, turning to Ronsack and pointing a finger gun at him, “What’s up buttercup?”

Ronsack couldn’t help but smile. Marlvid was just so damn witty and charming.

“Well, here’s the thing. At first I thought you were an asshole. But now I think you’re pretty cool. And I’m not totally sure what we got out of today, but it felt really good to hear what the pig thinks of me for three hours.”

At this, the pig squealed briefly.

“So, I guess you could say I’m maximum.”

Marlvid laughed, “I guess? Bro, you couldn’t be more maximum.”

Ronsack paused, “But… wait, doesn’t maximum mean the most? Is it even possible to be more maximum?”

Everyone in the boardroom broke out into laughter.