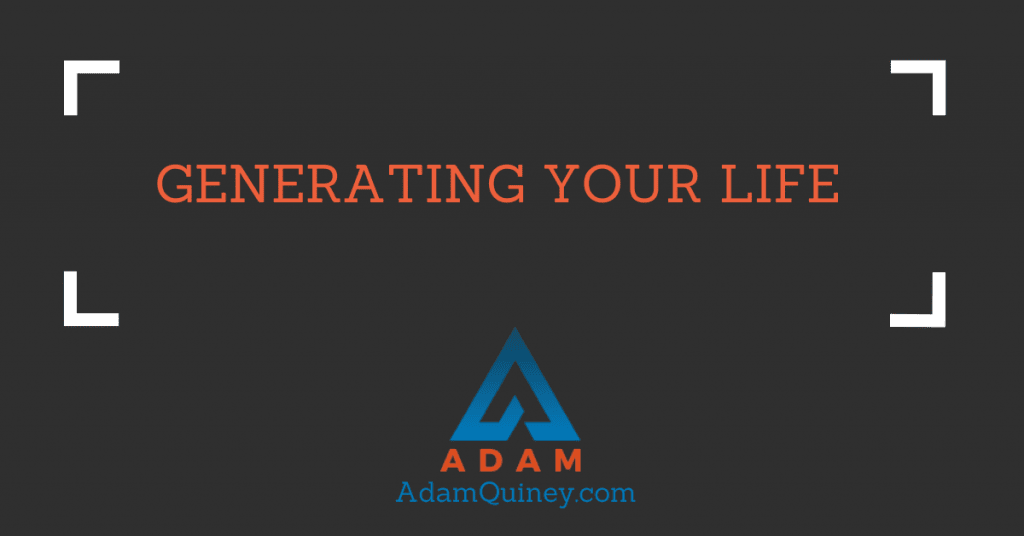 Generating is a fundamental aspect of leadership. It’s taking full responsibility for what is showing up in the space, and generating what you feel is lacking, rather than requiring that someone else do it.

It’s easy to complain about the lack of intimacy and vulnerability in the meetings you’ve been having with your leadership team, and slightly harder to bring the conversation to your people and enroll them in the idea of being intimate and vulnerable. But it takes guts and courage to be the one that shows up and actually generates that intimacy by bringing genuine, real intimacy into the space. (e.g. “Everyone, I feel like a failure, and I’m not sure what to do to shift that…”)

As humans, we generally prefer not to have to generate. In fact, we’re trained out of it. I don’t have to clean my room — my mum does it for me. And if she doesn’t, she at least comes and yells at me until I clean it. Either way, I don’t have to be the one to generate that energy.

In my work, I often have leaders that want us to push them harder, having them show up more powerfully in their lives — but the irony of their desire to be pushed is that they are offloading the responsibility to generate their own experience onto us.

“The reason I’m not showing up in my life is because you’re not pushing me hard enough Adam.”

This is a misunderstanding of coaching and leadership, and possibly, one of the baseline breakdowns in the public misconception of what coaching entails.

And so the cycle continues — where you were once accountable to your parents, then your teacher, then your boss, and now your coach.

The only person you actually need to be accountable to in your life is yourself.

And so we come to the point of generating.

When you’re lacking in inspiration, who do you think the responsibility for that lies on?

When you find yourself lacking in motivation, where do you think the responsibility for that lies on?

When you find that you’re stuck in small talk, or a conversation lacking in intimacy, where do you put the responsibility for that experience?

It’s so easy to surreptitiously put the responsibility over there on the other side, asking people for their thoughts, or just checking in with them to see what they think, but this let’s us off the hook entirely.

What would you bring to the conversation, if it was entirely yours to generate?