Getting Clear About Money 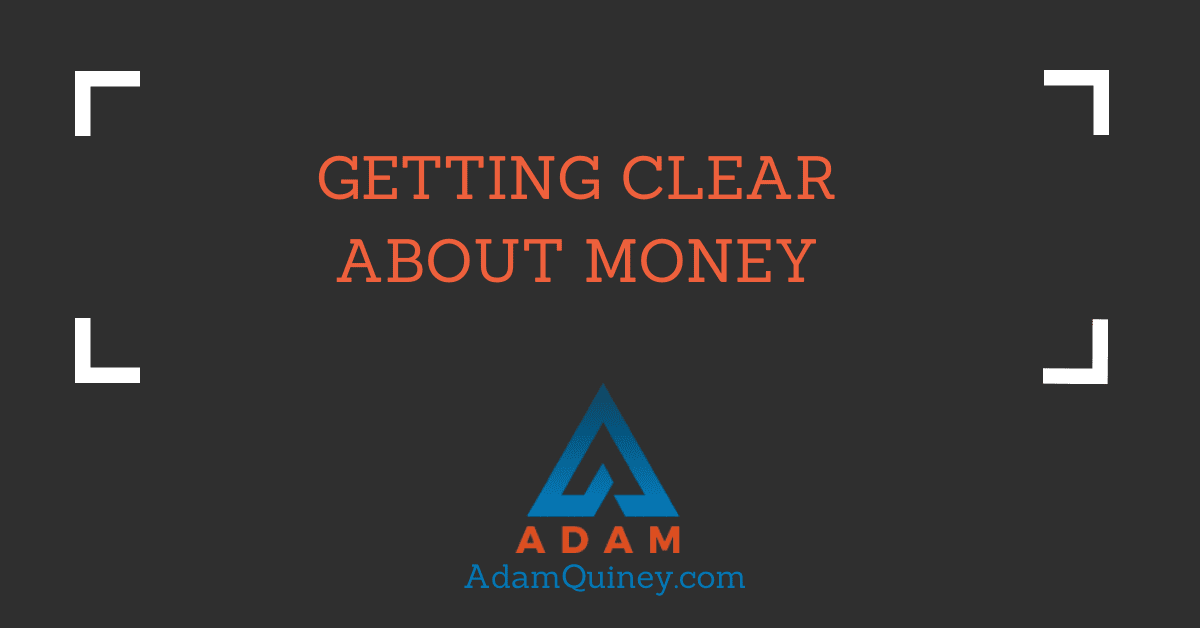 “I need to know what the market will let me charge.”
“I want to ask for a raise that isn’t too unreasonable.”
“I don’t want to price myself out of the market.”

There was a time when money felt like a very reasonable thing to me. By reasonable, I mean that it followed a set of rules, and those rules were clean and easy to follow, and nice and neat, and they made sense. Here were some of the rules:

– Money let you buy a lot of what you wanted, and so even though it wouldn’t buy you happiness, it would kind of buy you all of the things that would contribute to your happiness.
– To make money, you needed to either lie or cheat, work in a job that kind of let you do that professionally (traders, ala Enron, deal-makers, politicians), have a lot of it, or get the education that allowed you to get a job that paid a lot.
– Money was something you created through patience and time
– Money ensured a feeling of security and helped you know that you had a safety net
– Money requires a willingness to work hard, and so the more money you want to make, the harder you’ll have to work
– It took time, and patience, and years of devotion, to create money

If you’re looking at my rules and shaking your headly sagely, please resist the urge to pat my head and say “Ah, my child…”. It’s cool if you think you’ve got a better set of rules about money, and you may well have. It’s just that that is missing the point here. The point here is the impact of having ANY rules that you believe to be true about money, rather than whether or not those rules are better than mine.

I studied these rules, and I learned them really well. I went to school, paid down debt slowly, amassed more debt, charged what the market was willing to pay, was patient, got jobs that paid well, then got jobs that paid better, etc. For people that were playing the same game I was playing, with the same set of rules, I was one of the leaders. If you were trying to compete with me inside the same set of rules, you may have found yourself in front of me for periods of time, while I reinvested and returned to school, but it was pretty clear that I would overtake the pack as time went on.

While I was doing all of that, I held myself up to the measuring stick that came along with these rules, and determined that I was doing pretty good. When I left software to go back to law school, I was making around $60,000 a year. By the time I graduated law school and started working again, I was making around $40,000 as an articling student, but knew that that figure would increase over time. My partner at the firm I was working at was making somewhere around $300,000 or more each year, and though he was working really hard, he had a lot of nice toys too.

I wanted the safety of the orderliness, but I didn’t want anything else about it. The way it went with money was a metaphor for my own relationship to my fear, and what was possible in my life.

For the first four years of my life as a coach (and consequently, entrepreneur) my practice grew in accordance with these rules. I created results that were pretty good — great even, by my standards and rules at the time. It was like I was creating out at the very edge of these rules, but still inside of them.

I had basically created the very best result that could be created from inside this box — but I still felt like I was inside the box. Even if I was charging $250/hr, I still needed to work a lot of hours if I wanted to create some kind of result, or birth something into the world, that would demand a lot more money than that would bring in. I was trying to create an exponential result, but travelling as far and as fast as I could along a geometric curve.

The hard part about all of this is that these rules are pretty similar to the rules society operates on, so we’ve got a mountain of evidence that they aren’t simply “made-up stories” about money — they are abject reality, backed up by mountains of evidence.

Stepping outside of the collective story is a really tough thing. We first have to start to see that what we’ve created really is a story. That there are millions of different ways to relate to and work with money, and that we actually do get a choice. Before we can make a new choice, we have to see that we actually are making a choice in the first place (back into the old paradigm), each and every time we get hooked.

I’ll write more on this topic as time goes on. But for now, here’s a couple of ways to look at the story about money you’re choosing into:

What can you see for yourself?