Here’s Why You Don’t Need to Think About This 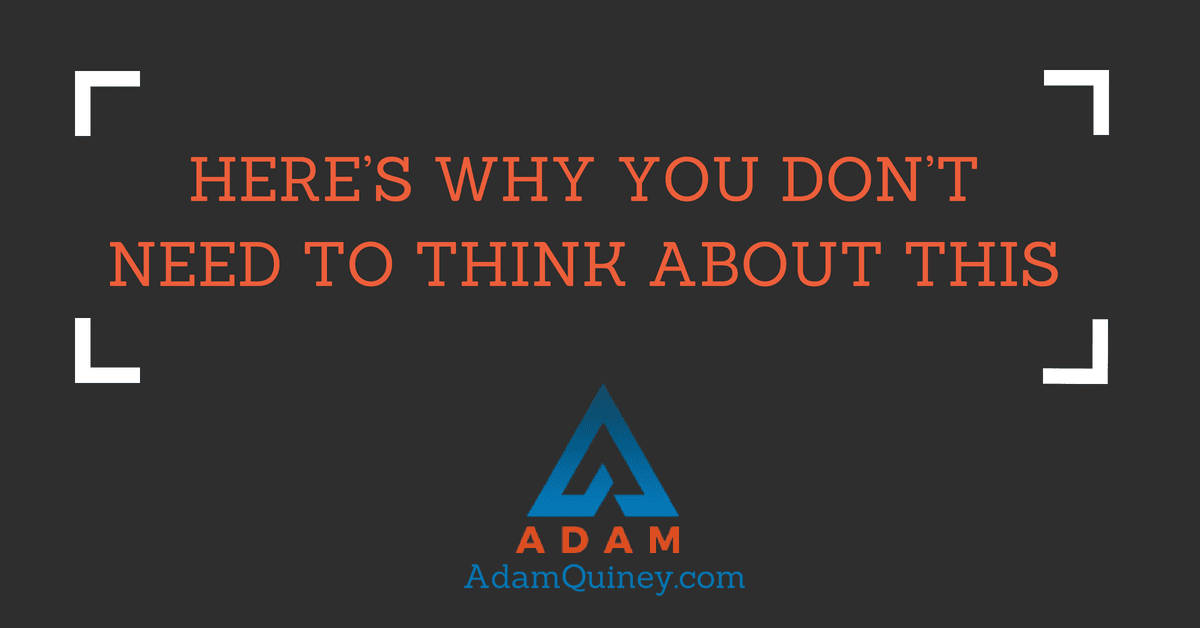 You’re going to go away and think about it.

You just need some time, and further thought on the topic.

In fact, it’s the kind of decision where the entire purpose is to ensure you don’t get to the other side unscathed. You’re supposed to get all scathy as a result of this process. The scathiness is the whole point of the decision — you don’t want things to stay the same.

And while you get that intellectually, you don’t really get it.

Rather than take the leap, you want to think about it some more.

You want to think about it longer, because that seems prudent. It’s prudent not to dive into things. Wise to weigh all of the options carefully and make the choice that provides the most benefit and the least downside.

Like buying a car, you’d want to make sure you look at all the choices available and choose the absolute best.

The problem is that you’re relating to the decision in front of you like you’re buying a car. Buying a car doesn’t usually evoke your fear. It doesn’t generally require a leap of faith. You know you need a car, and you’ve been purchasing them since you were old enough to drive.

Buying a car has clear metrics you can measure. Fuel mileage, years of warranty, options, etc. It’s a neat little formula that you can put in your neat little brain, and come out with a neat little answer. Then you simply act on that answer.

You’re hoping this scary decision in front of you can be handled the same way.

So you’re thinking about it some more.

In fact, what you’re trying to do is make the decision less scary by thinking about it. And since that isn’t working, you’re settling for the next best thing, which is delaying making the scary choice, using thinking as your excuse.

“I just need more time!”, you exclaim, when I check in with you next.

Do you actually? What is more time going to give you?

The hope is so clear from over here. More time means you get to delay doing the thing that scares you, without having to say NO to it. You get the best of both worlds: you get to avoid confronting your fear, but you get to flirt with the idea that you’re going to.

You need to make a decision.

And in fact, if you’re willing to let go of the attachment to thinking, and not feeling afraid (about making a mistake, about getting it wrong, about whatever your fear is screaming at you about), then you’ll notice that you’re actually already clear on the choice you want to make.

If you give yourself the grace of setting aside all that thinking, and just check in with your heart, you already know what you want to decide.