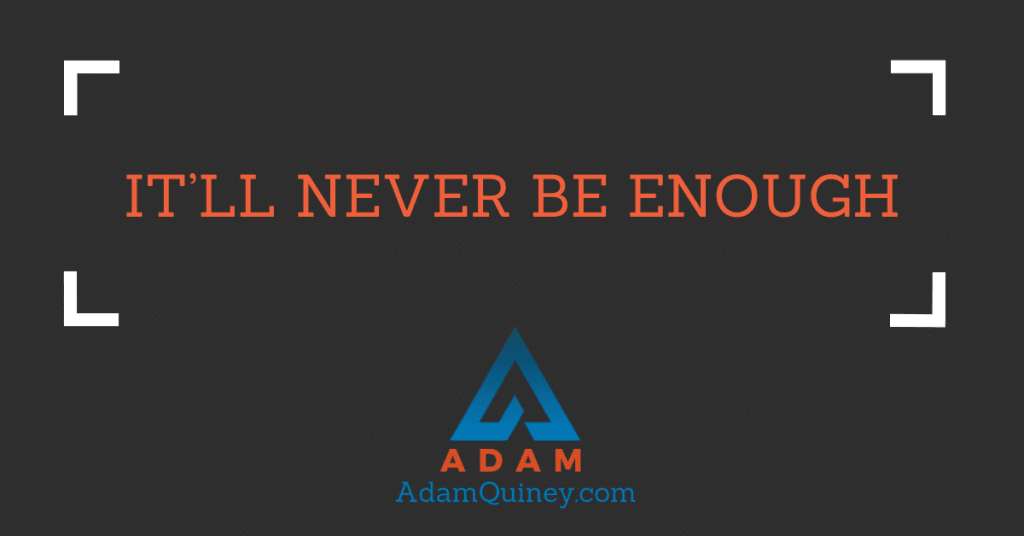 Every shadow has two poles. If who you are, at your essence, is Radiance and Presence, then your birthright is taking up space, being seen, having an impact, and the desire to be experienced in this way (if you pause and set aside all of the judgment, who wouldn’t want to be seen for what they truly are? It’s an innate desire).

Before we go further, it bears mentioning that you can adapt to either of these two shadow-based ways of being and create a highly successful life out of them. The only caveat is that your shadow is something other than what is most natural and innate for you, and therefore requires energy to maintain yourself in that state.

Over enough time spent living at one end of a shadow’s pole, the other end of the pole looks increasingly appealing.

If you spend your whole life making yourself out to be smaller than you really are, then the people at the other end of your shadow are going to seem really appealing — comfortable as they seem to be taking up all the space in the world.

And if you’ve spent most of your time taking up and holding all of the energy in the room, it’s going to appear really appealing when you notice people that are just able to sit back and be meek and mild. How relaxing that must be!

Absent truly transformational support, most attempts to change ourselves amount to shifting from one pole to the other. At first the change is novel and new, and feels like a new page. The dawn of something different! But, over time, the same exhaustion settles in, because you haven’t actually embraced the deeper truth of who you are — you’re still operating from your shadow, just the other pole.

Consequently, the results your shadow provides you are never enough. If you’ve learned to take up all the space in the room in reaction to a fear that you’re not enough, there’s never going to be enough attention you can get to fill that bottomless pit of need. The more you attempt to get seen, noticed and take up space, the more gnawing that void seems to become.

People tend to choose coaches, leaders and other support structures from this exact place.

If you’ve learned to take up a ton of space, leaving none for anyone else, you’ll probably notice that you still don’t seem to feel fully satisfied — maybe you just need to get a little bit better. But then you find this coach, advertising to you on social media, who seems to be even more glamorous than you, and comfortable taking up even more space than you currently do.

They must have the trick!

And so, you hire them, only to end up working with someone that supports you to ratchet the already-taxed survival mechanism of your shadow even further.

Most coaching and leadership are some function of this approach — fine-tuning the strategies of our shadow better and better, and then selling those approaches to other people running away from the same fear we’ve spent our whole lives doing.

In contrast, real transformation is often a letdown at first. If your whole jam is about doing everything you need to do to ensure you’re not too little and go unseen, then the first thing we really need to do is let you sit in the impact of being unseen. To develop your muscle in being just a boring average human being and taking away the significance you’ve learned to attach to that.

While we do the deeper work to let you simply be with the parts of life you’ve spent most of your existence avoiding, the need to run away from something with the strategies of your shadow start to soften, and then you can start to make new choices that were previously unavailable.

As you release the need to avoid certain parts of life, and instead settle into trusting what yourself, exactly as you are, moment by moment, you start to shift. You move from an intellectual understanding to an embodied experience of your deepest truth:

You were already everything you needed.