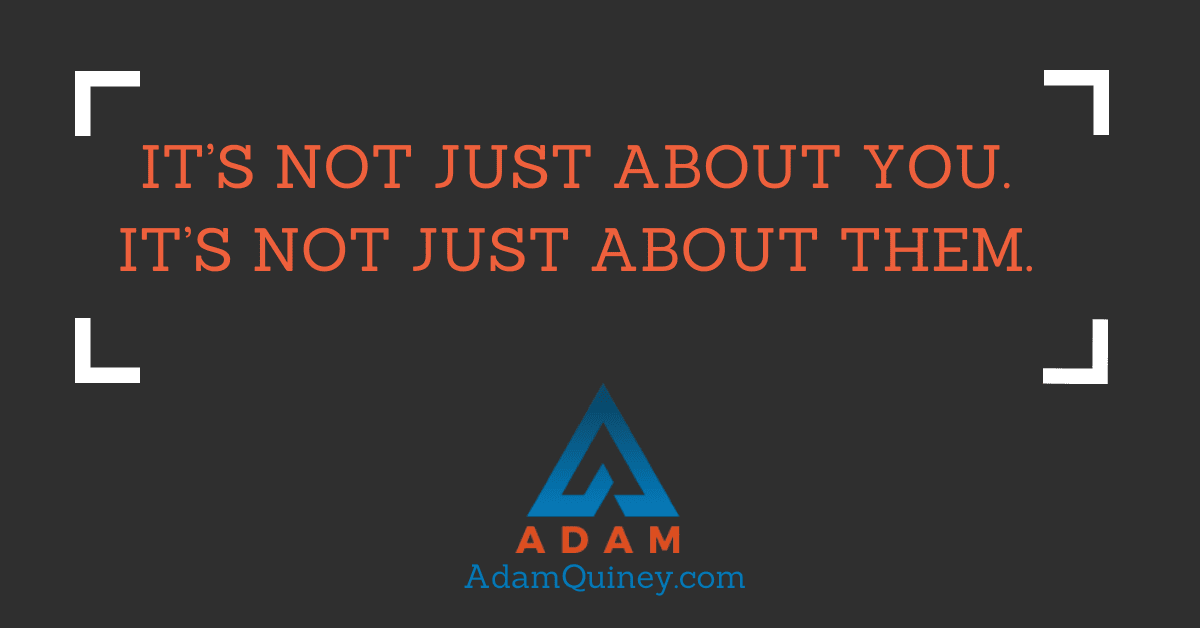 The air had suddenly been sucked out of the room. While Jackie had been answering a simple question posed by Jonathan, Harwant had made a simple, undercutting comment. Smiling affably, Harwant had laughed and said, “Well, it can’t be any worse than the usual approach of setting your hair on fire”.

Jackie crossed her arms, pursed her lips, and shut down. She paused for a moment, and then instead of continuing to answer the question Jonathan had asked her, she shot back at Harwant.

“At least my teams get things done, instead of gallivanting around at social functions. I don’t know how much this company spends to foot the costs of your liquor expenses, but maybe you should take a look there before you start talking about me setting my hair on fire.”

Jonathan knew this would be the point where he would need to intervene, but wanted to wait and see how things would play out first.

Harwant turned to Dennis and Fiona and rolled his eyes. Jackie stiffened further.

Jonathan continued to wait quietly, until everyone was looking at him.

Harwant turned to Jonathan. “Jonathan, we need your help here. This is often where we get stuck with Jackie, and I’m not sure what to do beyond this point.”

“Yes, I can see that. What would you say the problem is here?”

Harwant responded confidently, “Well, we can’t really say anything at all around Jackie. If any of us say the slightest thing, even jokingly, she gets riled up and shuts down. And then our meetings typically go off the rails, and we’re kind of stuck not moving forward.”

Jonathan nodded, looking at Harwant with love and understanding. “Got it. That makes sense. I can imagine that would be frustrating.” He turned briefly to Jackie to check in, “Jackie, we’re going to spend a little bit of time here, but I get that that remark didn’t feel good. Is there anything you need in this moment?”

Jackie shrugged and said “No.”

Jonathan nodded and turned back to Harwant. “So, what I’m hearing you say is that it’s almost like whatever you say, if you aren’t watching your words very carefully, Jackie gets upset, and then everything grinds to a halt. Is that more or less it?”

Jonathan continued, “Great. Well, this seems like something important for us to address. Let’s start here: what can you be responsible for in this dynamic, Harwant?”

Harwant stared blankly. “What do you mean? All I did was make a harmless joke, I do that all the time with everyone. Should I just stop making jokes altogether?”

Jonathan responded, “I’m not telling you what you need to do. I’m asking what you can be responsible for in the dynamic you just described. Before I offer what I see, is there anything you can see?”

Harwant thought briefly. “Not really. I mean, if you’re saying I need to just stop making jokes, I could do that, but …”

Jonathan laughed, “You really want me to tell you to stop making jokes don’t you?”

Harwant was a little flustered. “Well, no… it’s just that… I don’t know what you want me to say. This seems pretty squarely like it’s something for Jackie to be responsible for.”

Jonathan nodded. “Yah, I think that’s part of the problem here. So first, Jackie’s got some looking to do on her side of the fence”, Jonathan paused and noticed nodding of heads from Fiona and Dennis, “But so do you Harwant. And what I notice is that you currently are oblivious to your impact, which means this dynamic is owning you.”

Harwant’s confidence was falling away. He looked a bit frustrated. “Well, I don’t know about that. Like I said, I’m always joking. People love that about me.”

“I believe you that this is something you do everywhere Harwant. That’s also part of the reason that it’s so important you really get your part in this. I’m asserting here that you’re having this same kind of impact in other places, and that you’re oblivious to it there as well. If we’re going to develop your leadership, you’re going to need to start getting responsible for your impact.”

Jackie breathed and nodded. “I felt stupid and small, and like nothing I do is really appreciated around here. And I felt under attack. And I felt like I didn’t have anyway I could really respond. Like, he’s just making a joke, and there was actually one time when my hair got caught in a candle and lit up because I was trying to get too many things done. But then I have no ground to stand on. There’s nothing I can say back. It’s like he’s slapped me in the face and I’m just meant to laugh along with everyone else.”

Fiona’s mouth was open. She’d never heard Jackie share this side of things, but it made a lot of sense to her — she’d felt the same way at times with Harwant’s jokes.

Jonathan turned back to Harwant. “Is that what you intend as your impact?”

Harwant was on the defensive now. “No, not at all, but it’s not my responsibility for how Jackie receives my jokes. I’m just being myself. Jackie always takes everything negatively. There’s nothing I can say that wouldn’t trigger that response.” Harwant threw his hands up in the air in exasperation.

Jonathan smiled at Harwant. “Harwant, let’s slow things down here. First, we will be taking a look at Jackie’s side of things too — okay? Do you get, this isn’t just about you?”

Jonathan continued, “Okay good. Here’s the other thing though: this isn’t just about Jackie either, and that’s where you’re currently stuck. As long as this isn’t something you have anything to be responsible for, you’re pretty much a victim to it. Because you can’t own it, it owns you.”

Jonathan looked around the table at Dennis and Fiona, to make sure they understood before continuing.

“Now, I want to check in with you Harwant, because I’m really present to your defensiveness and pointing back to Jackie. Those things are totally fine, but they’re going to get in the way of developing your leadership. So, are you willing to play with me here, and really take a look on your side?”

Jonathan smiled broadly. “Awesome! Then we can do some great work here. So, did you get the impact that Jackie shared?”

Jonathan turned to Jackie. “Jackie, could you share it again please?”

Jackie nodded. Now that the attention was being divided between her and Harwant, instead of solely on her, she was visibly calmer and softer.

Once Jackie finished repeating the impact, Jonathan turned back to Harwant.

“Okay, clear?” Harwant nodded. “Great. So, let me ask you this: is that the impact you are intending to have?”

Harwant responded quickly. “Well no, and that’s my point. My intention isn’t that Jackie be upset or get hurt — I’m just lightening the mood and making some jokes so that we can all have fun here.”

“Yeah, exactly Harwant. So it sounds like you’ve got your intention collapsed with your impact.” Jonathan turned to the rest of the room, “I want to make sure everyone here is listening for themselves. I’m working with Harwant and Jackie, but I want you guys to look for yourselves and see where you may be collapsing your intention and your impact in your own lives.”

Jonathan took a breath before going on, “So Harwant, it’s good to be clear on your intention, and important that your intention is aligned with your goals as a leader. But that’s not all you need to be responsible for. Look, if you go out into the world and insist that your intention is pure, but keep leaving people in the impact that they’re small and stupid, how’s that going to work out for you?”

Harwant responded tensely, “Well, that won’t work so good, but there’s also a lot of that which is theirs to own. People take things the wrong way all the time. I can’t be responsible for how someone hears what I have to say.”

Jonathan raised his hand to indicate he was going to elaborate. “Now, there are some people that have spent their whole lives censoring themselves, and for them, the first step of their leadership is to start blurting their truth. You’ve been around these people — they tend to say whatever is on their mind, insist they’re simply being authentic, and that they shouldn’t have to censor themselves. They might say things like ‘How other people receive what I say is no business of mine’. And this is a fine place to start. If we’ve been censoring ourselves for a long time, the first step is to start putting it all on loudspeaker.”

Jonathan smiled. “But where most people tend to get stuck is believing that now that they’re putting it all on loudspeaker, their work is done. Like this stage is the end. In fact, it’s only the beginning. The next step is to start being responsible for your impact. That doesn’t mean that you go back to censoring yourself. It means that you become willing to hear about your impact, and then to check in with yourself and ask whether or not that impact is serving what you say you are committed to creating in the world as a leader. And finally, you adjust how you’re showing up in order to have the impact you need to be having to.”
…