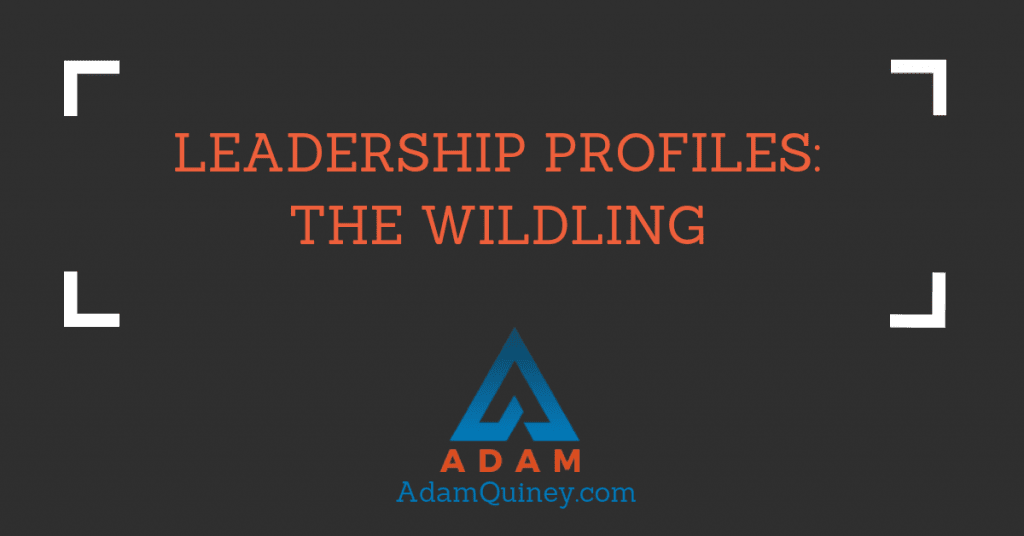 If you’ve read fantasy fiction, you may be familiar with the concept of the wildling. The wildling is a character that naturally has “the spark”. They have the gift to access the source, to touch the magic, to channel the divine, etc. Unlike most people who work with the universe’s magic, their gift was self-actualized. They stumbled into it, and began working with it on their own. Experimenting, playing, making mistakes, etc.

The wildling is untouched by discipline and practice. It’s not that they aren’t disciplined — they may well have their own discipline. But they are untrained. Their ability to wield and use the spark is raw and wild.

The counterpart to the wildling is the schooled wizard. Trained from an early age to learn how to wield this kind of power, they bring a discipline and refinement to their art, compared to the wildling’s more raw nature. By contrast, the schooled wizard’s challenge is growing beyond their training. The rules and guidelines they have learned to develop their abilities become a prison, blocking them from untapping what is next — the wildling does not share this challenge.

The wildling often has more access and raw power than anyone that has learned their art in a school. They would have to, as they didn’t have the training to learn how to draw gradually from the source. Instead, they simply started tapping in, and unlike most people that happened upon this gift, they managed to avoid drawing on too much and burning themselves out.

There’s often some kind of trauma or painful moment that first “awakens” the wildling to their gift, and this moment tends also to dictate the limits of how they can use the gift.

We have wildlings in coaching and leadership.

The wildling is typically someone with a lot of empathy or a natural affinity towards helping people do things. In the rawest sense, the wildling has learned to feel more deeply into others than the rest of the world, because at some point, their survival depended on it.

Feeling this way can, at times, be a way to tell if an alcoholic parent is in a good mood or one where you may be harmed. After a history of betrayal, it can be a way of determining which of your peers are going to let you down, and managing the complexities of having a social life when you’re certain betrayal lies just around the corner.

Overtime, the wildling learns to take this empathy and help people with it. They find their way into professions that involve helping others — coaching, sometimes leadership (though usually an offshoot of mainstream leadership), healing, etc.

Because wildlings have uncovered their spark on their own, and almost accidentally, they tend to hold their particular approach as particular, and hold any kind of training or schooling with a degree of suspicion or even outright hostility. The wildling holds their gift as entirely unique (in truth, everyone’s gift is unique, in its own way), and make themselves out to be an island. The academic rigour of proper training is experienced as a grinding down of what makes the wildling special, and so a wildling will naturally have a lot of resistance.

Consequently, wildlings tend to operate on the fringe. Rather than working in executive coaching (or simply “coaching”), they will tend towards areas a little less established or more esoteric — healing, energy work, sex magick, etc. The modality itself isn’t really important — it’s more that the scientific rigour is not as present, and so the wildling has more freedom to practice their art without having to fit themselves into a box.

Because the wildling learned how to wield their gifts under duress, they have a lot of survival attached to their way of doing things. Being trained in anything different will be running up against this need for survival. In order to progress and really continue to open up their abilities, the wildling needs to take a few steps back first and learn a solid foundation. That process requires slowing down and really learning the basic building blocks, which can be excruciating for someone who has learned their own ways and methods, and will likely provide more evidence that proper training is just “not for them”.

For these reasons, wildlings tend to be great when their approach is what is called for to move things forward, but irritable and stuck when something is called for outside of the range they have develop in their own capacity as a leader or coach. Wildlings tend to experience a lot of suffering, in large part due to their incredible resilience and corresponding resistance to what lies outside of themselves.

While the wildling cherishes freedom above all else, ironically it’s their dogmatic insistence upon remaining free that keeps them imprisoned.