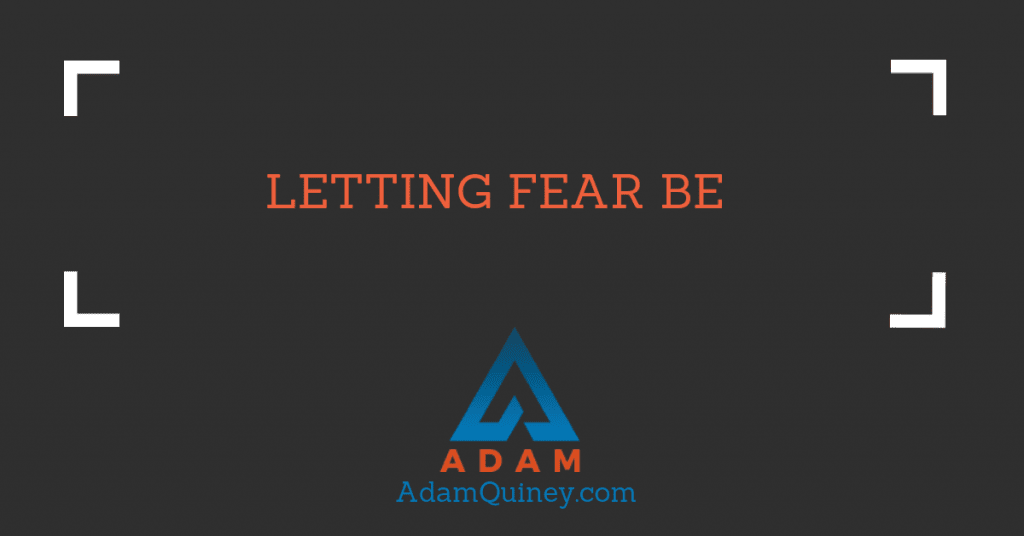 It had been two weeks since Jonathan had last talked to Dennis. As he sat at his desk, Jonathan was checking in with himself and taking stock of what was in his space before their call began.

First, he was present to some anxiety. Fear that he wouldn’t show up for Dennis, or that things wouldn’t turn out. Jonathan realized he was concerned about where Dennis might be entering the call from, and whether or not he had wound up disempowered after two weeks of heavy workload and life happening.

Jonathan sat, taking deep breaths, and getting clear on his own fears. They were always the same, but Jonathan found it helpful to get down to the root of his fear, so that he could acknowledge its presence, if nothing else. After years of this work, he knew that the temptation was to try and make his fear wrong, make it go away or try to disappear it. And he also knew that that temptation never really worked. The real work was to simply come to terms with the fact that he had fear, allow it to be, and if he did that, trust that it would let him be.

On the hour, Jonathan’s phone rang, and he picked up, warmly greeting Dennis.

Jonathan took a breath and greeted Dennis back, then paused.

“Would it be alright if I shared quickly with you?” He asked Dennis.

“Awesome, thank you. I was sitting here before our call, and was present to some fear showing up for me. Fear that you might be overwhelmed, disempowered, scared of the coaching, wanting to rush through our conversation, etc. And, I’m clear that those fears are not at all about you. I want you to understand that it’s one-hundred percent okay for you to have any of those things showing up for you. Underneath all of that, my fear is really that I’m going to be inadequate, or not enough, or be a disappointment.”

Jonathan paused to take a breath.

“These are really old fears, and they’re ones I’m really well acquainted with these days. I’m sharing them with you because I noticed they were in my space, and I want to acknowledge them, rather than pretend they’re not there. And I’m sharing them because I want to connect with you, and model the intimacy of our work. And most important of all, I want you to know that I’m alright, and reliable to have those handled, and that you don’t need to worry about how you show up.”

Dennis was taken aback. He’d been in counselling and other coaching conversations before, but he always felt like the spotlight was entirely on him. The people Dennis had worked with had been clean and friendly, but it always felt a little bit clinical. Dennis had often found he felt alone and a little under a microscope. Jonathan’s approach was … disarming. Some of the fear Dennis had felt coming on to the call felt a little less significant all of a sudden.

Jonathan finished up what he was saying, “When I got underneath all of that fear, what I got present to is that I’m really excited to have this conversation with you, and so, of course my fear would show up. I see real possibility in you, and where there’s possibility, there is fear. If I wasn’t excited about the work we were going to do together, I wouldn’t really have much to be scared about. So, that’s a little bit about how it’s going with me. Before we turn the conversation to you, I want to check in: is there anything I need to clean up so that you’re crystal clear none of that fear is about you?”

Dennis sat for a minute before responding.

“Well, actually, I loved that. Thank you so much for sharing like you did. I didn’t know that was possible. Coming on to this call, I was scared too. Worried that you would expect me to have my life already in order, and like I should be all shiny and clean now and I was even strategizing how to share with you so that it looked really good.”

Dennis checked in with himself.

“And no, there’s nothing you need to clean up over here. I mean, some of those fears sound like some of my own fears, but I get that what you’re isn’t actually about me. Like, I think what you’re saying is that even though your fear kind of looks like it’s about me, you’re actually saying it’s really about you… Is that right?”

Jonathan responded enthusiastically, “That’s exactly right Dennis. Thanks for getting that.”