LIFE IS CALLING YOU 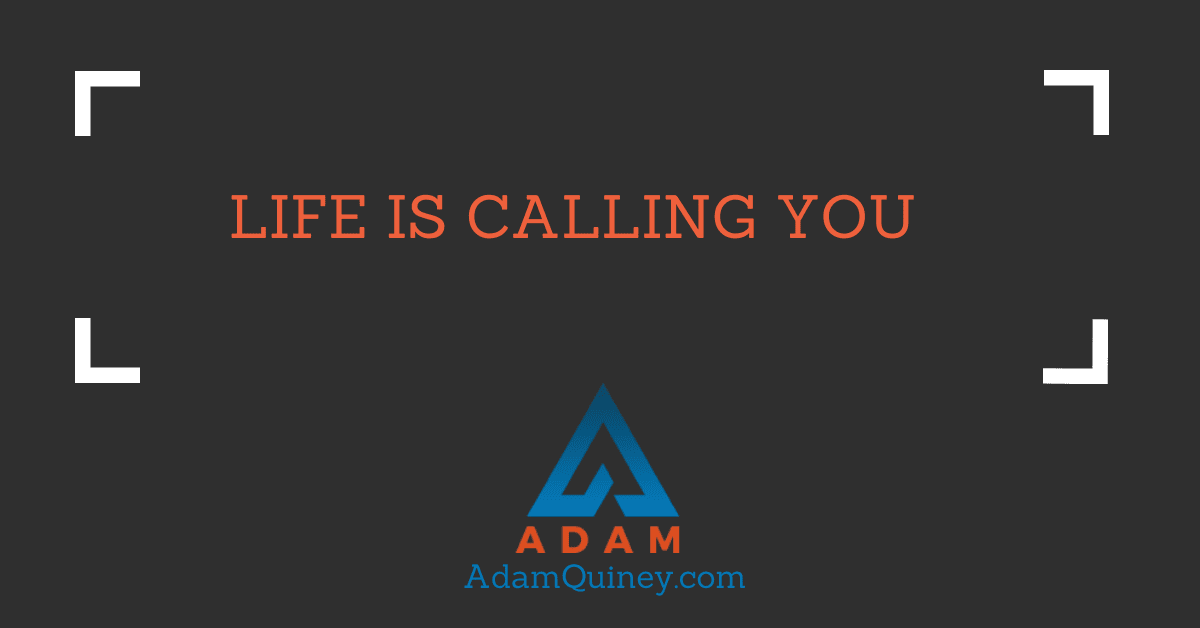 There was a point where I noticed that I wanted to be called more and more into life.

For the first thirty-five years of my life, so much of what I had done was a function of my own will, pushed into the world. I was good with my will. Strong-willed, I suppose we would call it (except in the places where I wasn’t — in those places, I was very weak-willed, but never mind that for now).

Strong-willed, I would see something I wanted to create, and I would find the way to create it. I didn’t slow down, I didn’t take much stock. I didn’t even put much thought into my vision for doing any of this stuff, because what was the point, I was going to do it anyway. The vision was just a distraction from doing the thing.

I was making life happen.

I wasn’t taking too much time to check and see why I was making life happen the way I was. I was in such a committed rush to make life happen, I didn’t really slow down enough to ever let that thought enter my mind.

When I slow down, I notice that the things I thought I wanted aren’t always what I really want. Or actually, it’s more like, I notice there are some things that I’m simply pulled toward.

There are things that life is calling me into, and while I can rationalize or analyze them, the truth is that I am called into them. The analysis just gives me a way of fitting it inside a nice box that is easier for me to be with.

If I can understand why I’m called toward something, then it’s easier for me to say YES! or NO! to it. Then I don’t have to trust myself so much, because I’ve consulted the Scroll of Adam’s rules (that is a long-ass scroll) and I can see that it is indeed okay for me to want/pursuit/create/do/leave/have/be that thing.

In truth, we’re continually being called into life. It’s all that is ever really happening — but we do a magnificent job of operating over the top of this calling. We demand justification, rationalization, and proof that it’s okay to say YES to whatever we are being called into. And when we don’t get it, we turn back towards trying to exert our will, via force, into the universe.

You don’t have to do a lot with this for right now. Maybe simply consider that your life is calling you into it as well, and perhaps you haven’t been listening.

The first step might simply be a willingness to listen to what is calling you, and distinguish that from doing anything about it.

You don’t have to act on it. This can be scary, because if we start to hear our calling, we worry that we may go and do something crazy.

We get caught on the consequences of what might happen if we follow where life is calling us. And so instead, we bury that voice once again, and put our attention on loving what we already have, and forcing more of our will into the world.

It takes courage to listen, but it’s all there really is to do.