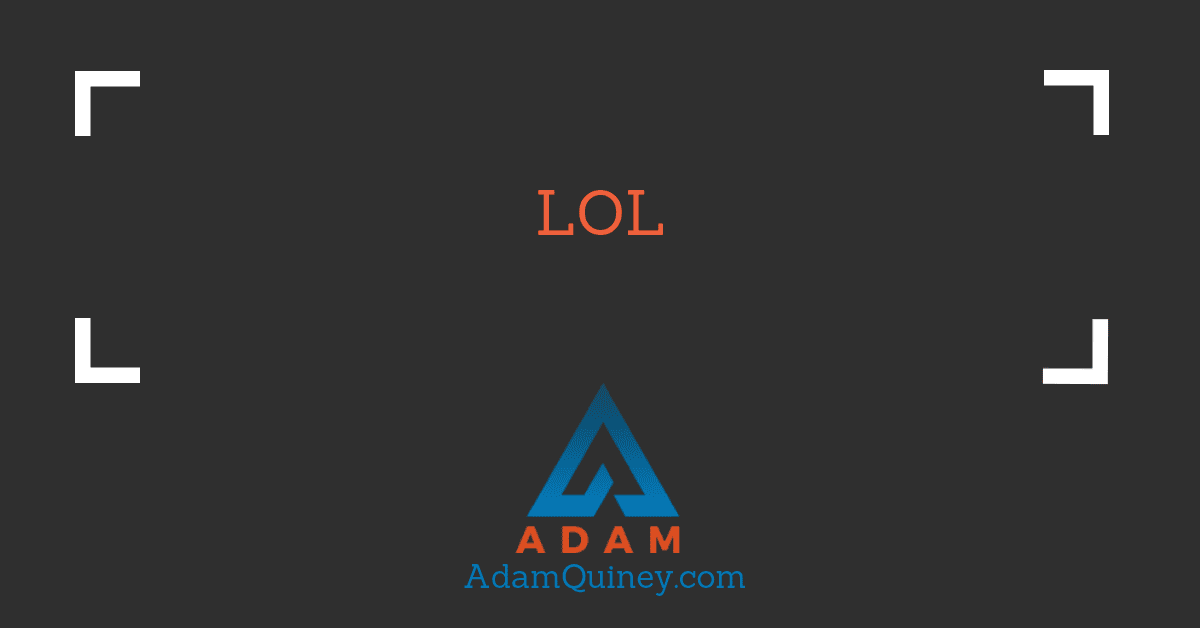 “I would heartily wish that you may often be seen to smile, but never heard to laugh while you live. Frequent and loud laughter is the characteristic of folly and ill-manners; it is the manner in which the mob express their silly joy at silly things; and they call it being merry. In my mind there is nothing so illiberal, and so ill-bred, as audible laughter. I am neither of a melancholy nor a cynical disposition, and am as willing and as apt to be pleased as anybody; but I am sure that since I have had the full use of my reason nobody has ever heard me laugh.”

These days, this quote reeks of snobbery and Victorian inhibition. We can read it with a sense of humour, and maybe even laugh out loud at how misinformed it is. The idea of bottling up your laughter — containing yourself to such an extent that you would smile, but never let your deepest joy out into the open — it’s absurd and sad.

But this was a legitimate and cherished belief for many years after Stanhope professed it. While we can see the repression and problems a belief like this causes with the distance of history, there’s a million more beliefs that we hold precious today, each with the same likelihood of looking laughable in hindsight.

You can sit down and spend the next four years of your life writing out the beliefs that you hold. You likely don’t even hold them as beliefs, simply as objective truths about the world around you. And because we take action based on our belief, and our actions create a world around us consistent with our actions and our beliefs, you live in a world where your beliefs are reflected back to you and confirmed — just like the Earl of Chesterfield did.

There were thousands if not millions of people that really believed Stanhope was right about laughter. That it wasn’t simply some belief that they had collectively created, but that it was objectively true. That laughing out loud was uncouth, and boorish, and indicated low upbringing.

Your beliefs about money, men, women, humans, the role of gender, leadership, friendship, religion and anything else you want to claim are every bit as precarious as Stanhope’s — they’re just more precious to you, because they are your own.

We hold our beliefs like they are an objective reality. Like there’s something unique and special about them, instead of getting that they are something created. If we could let go of how precious we are about them, we could start taking a look at where they benefit us, and where they hold us back.

Whatever belief you use as a weapon to whack someone for how they show up is the same belief that holds you back from taking on the next stage of your leadership.

Perhaps the belief is that it’s never acceptable to have hate in your heart — never acceptable for someone to let their anger get the best of them (like say, road-rage). That belief is also the same belief that has you unable to own the very human hate that exists in your own heart.

Because your belief allows zero space for someone else’s anger, the only way you can survive is to condemn yourself for your own anger and hate when it shows up, and do whatever you can to lobotomize it before it gets anywhere. You have to avoid the situations that would potentially drive your anger up. You can’t take on projects that might matter enough to you that you would get angry. You can’t play any kind of game that has the potential for driving up this anger, because you are so invested in the story that anger is fundamentally wrong.

As long as something is fundamentally wrong, you rob yourself of the ability to claim in it your own being, and that’s a real problem, because you are every bit as capable of anger as the rest of the world. You may have adopted better strategies for quelling and suppressing these parts of your being, but that doesn’t change the fact that they are still there.

Instead of being able to simply come to terms with the fact that you’ve gotten angry and hateful, and then do something about it, you have to keep pushing it down and pretending it’s not there. Fold it up and add it to the pile that you’re already trying to manage in your life. Just give me a head’s up before that pile is about to fall over — because that’s going to be ugly.

What are the things you condemn in others and are proud that you don’t spray everywhere around you? Those are the signposts pointing you to your cherished beliefs. They indicate the parts of yourself that you’ve repressed in service of some belief created long ago. You don’t need to do anything about them for now, other than to start getting curious. What do those beliefs block you from?