OWN IT OR SURRENDER IT 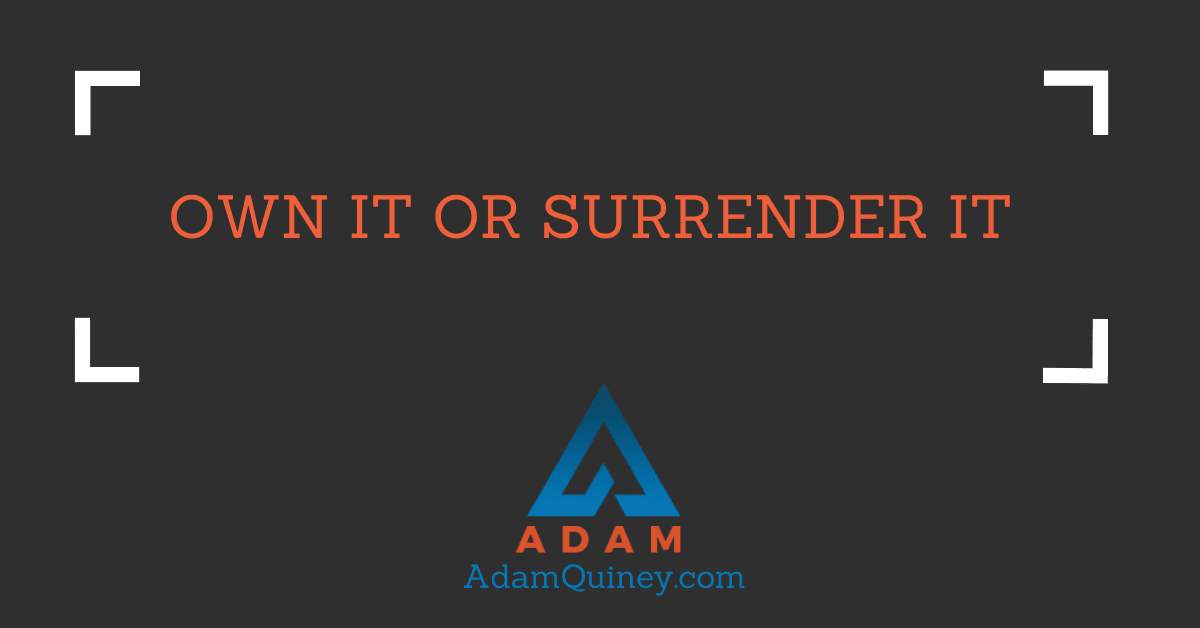 You will have to decide whether or not you are going to own this, or surrender it.

A lot of our suffering is a function of our unwillingness to stand firmly in either of these two poles.

In a lot of relationships, people take on ownership of something “for the couple”, “for my business partners” or “for the other person”. This is a terrible place to take ownership from — it’s a recipe for resentment. Take ownership because you are clear that it will serve you, and if you are not yet able to own something from that place, your job is to work yourself out so that you can stand in the strength that this provides.

Ownership “for” someone or something other than yourself breeds resentment because you’re not truly doing it for yourself. It’s a form of manipulation. Maybe your partner doesn’t care about what you’re doing, despite your insistence that they would be upset if you took it away — this is an example of you holding something over your partner, /and yourself/. It is not for you to decide whether or not your partner would take this on. Instead, it is your job to own what you are owning.

If you’re not willing to own something, either because you are clear that it doesn’t matter to you, or because you’re unwilling to work yourself out to get to the place of owning it solely on your own behalf, then it’s time to surrender it.

Most people struggle to surrender, because they are not willing to let go of the control they get by holding on to something. We nag each other about how a chore gets done, because we’re unwilling to fully surrender it. I want you to take on this chore, but I want you to do it the way *I* would do it. This approach blocks not only your own surrender, but also your partner the opportunity to fully own the thing you want them to take on.

If you are going to let someone else own something, then your job is to surrender to their ownership.

It doesn’t mean that you have to censor how you feel or hide your truth from your partner. You can let your partner know that you’re concerned about how the vacuuming never seems to get underneath the chairs, and that you find this is having an impact on your allergies. And, eventually, you will need to either surrender to this, or take ownership for this aspect of the vacuuming.

When you let someone own something, you are surrendering to their leadership in the matter. Part of what gets in the way of the joy of surrender is an unwillingness to allow ourselves to be /led badly/.

Own it, or surrender it, and release anything in between.

Straddling the two lines is what causes your resentment.