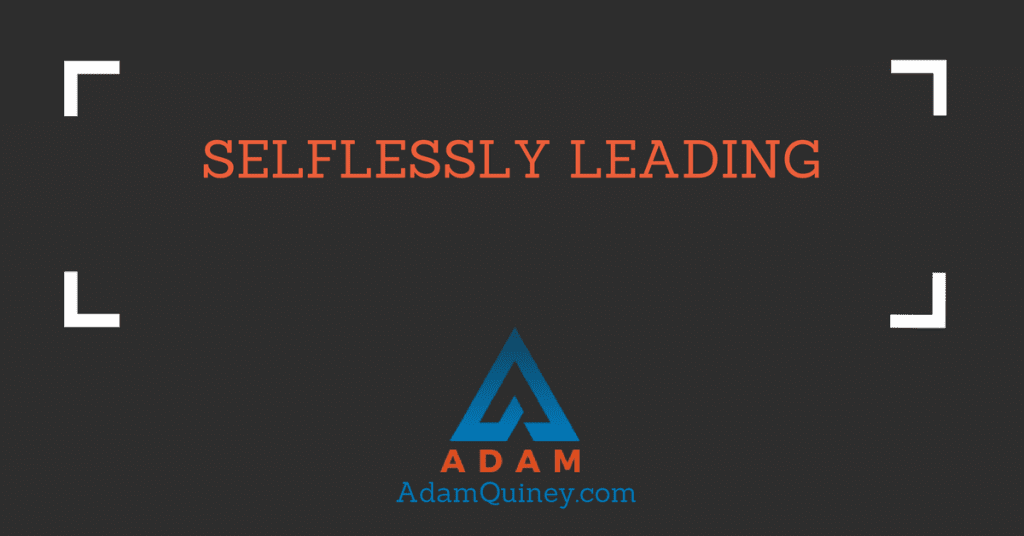 People talk about leadership being a selfless act all the time.

There’s a million phrases that you can create memes from if you want to pose as a leadership guru. Some of those are:

There’s nothing wrong with any of these phrases. In fact, many of them are accurate. The problem is that it’s a lot easier to speak these words and post them on Facebook than it is to do the uncomfortable work to embody them and actually BE them.

Bay and I spent the last four days in Santa Monica as part of the team leading 150 coaches at deep coaching intensive.

At one point in the event, I was taking a break before returning to do some work, and I thought of some of the people I was working with. I realized that there was a dynamic taking place that I needed to address if I was really going to serve the people I was leading.

(They weren’t there for me to be a powerful leader either — what they’re actually there for is their own breakthroughs, and this dynamic was getting in the way of that).

I had to set aside looking good.

I had to set aside feeling good. (this didn’t feel good).

I had to set aside myself.

Because that was now the thing getting in the way of my leadership.

And then we moved past it, and we created something new. Later on, some of my team members came up to me and thanked me for what I had modelled and who I had been. What they didn’t know was that I had been fighting with myself up until that point.

Where do you put yourself in the way of creating the breakthroughs and results of your team?

How are you getting in the way of your leadership?