Shift to the Third Stage 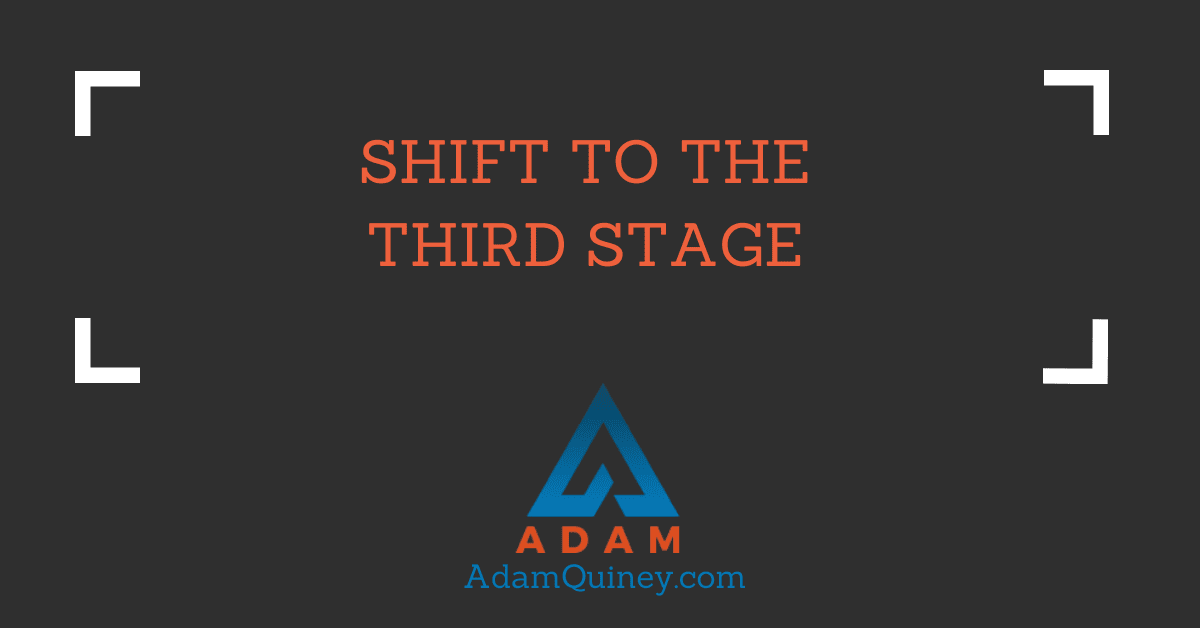 David Deida has a distinction he calls the three stages of masculine and feminine practice. The first stage tends to be pretty juvenile. We’re needy, or toxic, or irresponsible or whatever. In the first stage, we can’t really stand on our own two feet, and consequently, we are seeking a partner to prop ourselves up. We don’t just want a partner — we need one. Without one, we’re lost. There are many relationships created from this place.

The second stage is the stage people reach where they conclude (among other things) that they don’t need a partner. “I’m alright on my own. I don’t need anyone to make me whole and complete. This is the place for me to be.” Basically, you’ve graduated from needing someone, and realized that you are self-sufficient. (Nice work!)

I was watching a video where David was working with a woman operating from her second stage feminine. She was frustrated by the work they were doing, sharing that she felt resentful at the idea that she would need a man in her life, because she felt she had everything she needed by herself, and she didn’t want to need anyone else, especially not a man. (And while this video was with a woman, the second stage masculine can look very similar — just from the masculine lens).

The difference between the first and third stage is really about you needing someone to complete you, versus wanting someone to partner with you to go deeper.

There’s a vulnerability to the third stage that many of us are not ready for — it requires an admission that we can’t do it all on our own (as humans we tend not to like that). We can go far (and fast) by ourselves, but only so far. There is a level of depth that only becomes available when we are willing to open ourselves up to the possibilities of partnership.

Because our frame is so geared toward what we can do on our own, we tend to be aiming for results that we can achieve by ourselves. If we can’t figure out how to do something, we don’t usually seek support, we tend to resign ourselves that that is not the thing to do, and instead set a more manageable goal that we know we can either achieve, or that we can figure out how to achieve. We operate inside our realm of predictability, rather than outside of what is achievable on our own.

It takes something special to say yes to those things. Something deeper than the safety and comfort that the “second stage of development” provides. Above all, it starts by accepting the truth that there is only so deep we can go on our own, and we are ready and want to go deeper.

People often times get into coaching, initially, because they feel they need someone to support them. Coaching from this place tends to be a little lacklustre. Because the underlying frame is really that someone isn’t whole and complete (they need someone to help them), a lot of the work has that same flavour to it. Yes, the coaching helps somewhat, but it’s all painted with the brush that the client is not self-sufficient. You’ve probably been in relationships, coaching or otherwise, where that is the case. Eventually, you reach the point where you realize you’re relying on your coach, leader or whoever else as a crutch, and it’s time to stand on your own two feet.

Right on! You’re at the second stage of your development, realizing you don’t need anyone but yourself, and that you’re fine and sufficient exactly as you are.

This is a great stage to be at.

And eventually, there will be a new place to step into: a place deeper than you go on your own.

THE Intensive is for people actively operating from the third stage of development, or ready to step into it. An opportunity not to create more of the same results in your life that you are already reliable to create, but to go deeper than you can go on your own. To be in partnership with people taking on the same level of depth that you are committed to, and discovering what is possible when you let go of the safety of taking all on yourself.

There is a level of depth awaiting you.

Come and join us.