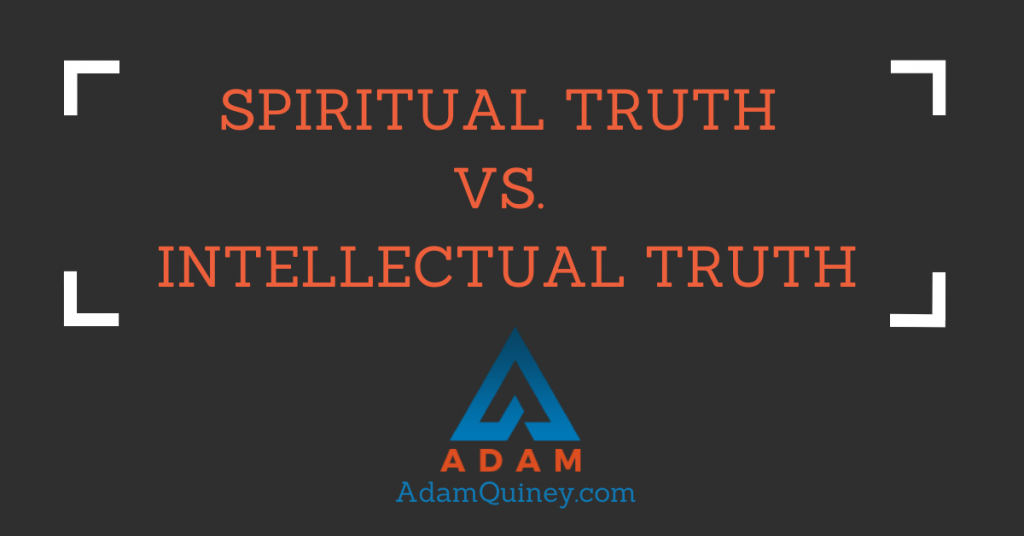 Sitting in law school, it was clear to me what the “right” decision was. My intellect knew what I should be doing next: finish up law school, work as a lawyer, and pay down the six-figures of student debt Bay and I had accrued.

Intellectually, this was obvious. It all fit together cleanly, and it was reasonable and predictable. I could see what I would need to move and maneuver to make sure it happened, and I could make reasonable predictions about when I would be clear of the debt, and when I could make the next move.

The intellectual truth was clear and easy to get my hands around. It was safe.

But there was a deeper truth that I could feel as a stirring in my chest. I could feel it sitting somewhere “behind” my intellect.

That deeper truth told me that what was next was to find a way to spend another $30,000, and take the year-long coach training I felt called into.

I couldn’t get my intellect around this deeper truth. In fact, my intellect stood in direct resistance to this truth. Spending a third of the money we were already in debt for made no sense. Traveling to the States for a weekend every month made no sense. Coaching, as a career in general, made absolutely no sense, especially when I had already worked with a coach and already taken training. Doing all of this while still in law school (and still committed to finishing) made no sense.

It made no sense at all, and yet on some level, I knew I needed to take that step. Something about this particular path kept calling to me.

I was terrified by this tension. If you saw me, you wouldn’t see something that looked to you like terror. It would have looked like me with a wrinkled forehead, trying to square the proverbial circle in my mind. What was I to do with the fact that my intellect was clear that this wasn’t the “right” thing to do, and yet, below that, I could just /tell/ that it was?

My decision didn’t come easy, and it required a lot of support. I sat on the phone for many hours with a woman who simply listened, understood and acknowledged what I shared, and then gently asked me again and again what I really wanted, if it was all possible.

And over time, I developed the courage to make the choice that I felt was there for me, rather than the one that “made sense”.

Over a decade from that initial decision, it’s really easy to see that it was the best decision of my life. From that inflection point, everything started to open up. I started to uncover who I really was. What I’m really on this planet to do — and all of the myriad ways that I was getting in the way of that mission.

On the heels of all the breakthroughs I was able to create from that pivotal decision, my intellect can start to wrap its hands back around all the threads that led here. But until I’d made that decision and sat with it over years, it simply couldn’t be grokked.

This is the contrast between our spiritual truth, and the intellectual one. Our intellectual truth “makes sense”. It’s rational, reasonable, and it’s safe, in the sense that it’s predictable.

Your spiritual truth doesn’t tend to make a lot of sense. It’s all of those moments when you can simply tell there’s something for you to choose into, but your fear, and then your intellect (which is a great tool for protecting you from your fear), just can’t make sense of it. They keep you here — where things remain safe, reasonable and predictable.

A lot of the early work of transformation is about noticing all of the noise we’ve put in the way of the simple, quiet, calm voice of our Spirit, and slowly moving that stuff out of the way.

And from there, the game starts to become about simply trusting that voice when you hear it, rather than the louder, well-reasoned voice of your fear and its partner, your intellect.

Your intellect can’t make sense of the spiritual truth you feel until after you’ve leaned into it. It can only work with this truth in hindsight.