Stage One and Stage Two Leadership 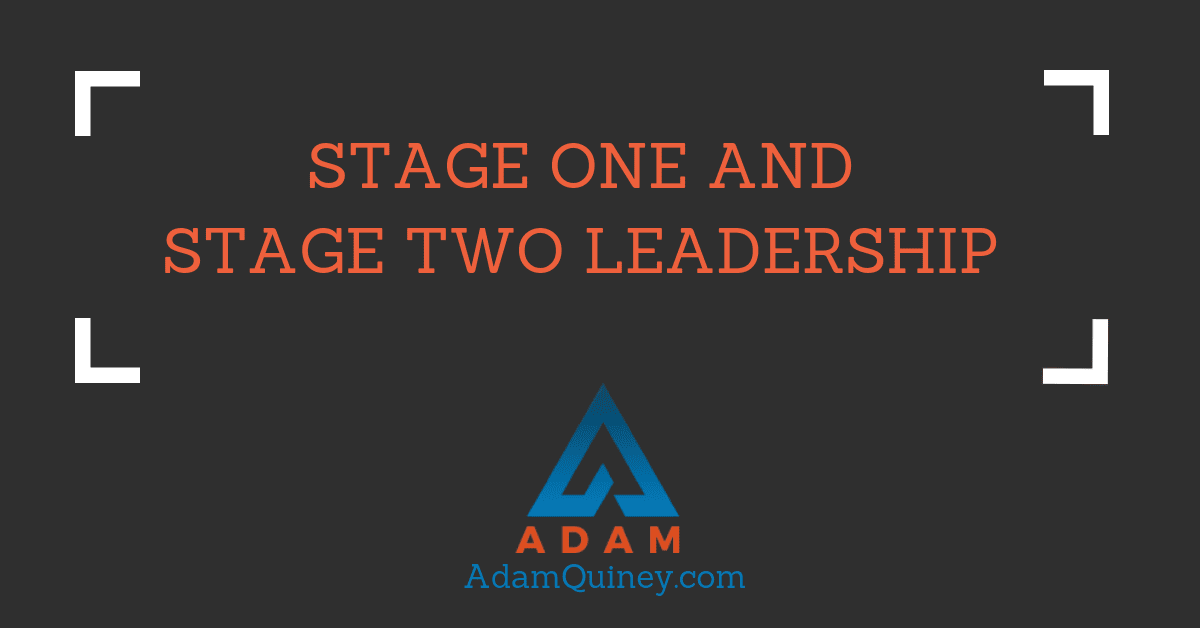 “The first stage of leadership is blurting. The second stage is responsibility.”
— Jodi Jan Larson

I was frustrated. I’d been doing a lot of work to be more authentic — to share with my team, and my leaders, about what was really going on. They’d been pointing to me (for what felt like thirty-eight lifetimes) the fact that I tended to keep everything close to my chest and that I was pretty stingy with what I was willing to share. It made it hard to work and partner with me, and even harder to trust me as a leader.

If I wasn’t willing to share my own experience and truth, how could I expect the people I was leading to do the same?

And so here I was practising like crazy, putting it all on loudspeaker, whether or not it was comfortable, and letting the world see my truth. I was proud of the work I’d done. Although my experience of it was starting to shift, this authenticity wasn’t something I came by naturally — I’d been trained all my life to keep my cards close to my chest. I’d busted through that programming so that I could step more deeply into my leadership, because that’s what they told me to do.

My leaders acknowledged that work. They applauded me for it and really agreed with me — that was no easy task and I really had walked through fire to get to this point. But now it was the thing holding me in check. There was a new level of leadership for me to step into: getting responsible for my impact.

As Jodi wisely shared with me in that moment, the first stage of leadership is blurting, but that’s not where it stops. Once you’re willing to put it out into the world, the next stage is to get clear on the impact you’re having, and ask yourself if this is really what you’re committed to as a leader.

I see a lot of coaches, leaders and just about everyone else get stuck at this first stage, and you probably see the same thing.

People make bold proclamations on social media, with their friends, with their families, etc., and it’s awesome. Instead of keeping it all in, they’re willing to take the courageous step to put it out into the open.

But there’s a point where this is just your new way of staying safe. It’s safe to dump your truth on someone, regardless of the mess you make, and then refuse to take responsibility for that mess. You’re just committed to saying what’s so, and if someone has a reaction to that, it’s not yours to own.

I was a member of a mastermind where we had an agreement that you could never get too big, nor too messy. But that always felt like it was missing something for me. It’s great to get messy — put that truth out there, and be willing to create a mess — yes! But then go and clean up your messes. Not because you were wrong or because you did something bad, but because you’re a leader and you are responsible for your impact in the world.

A leader is responsible for their impact in the world, because they get that that is the price of being a leader. If you want to be a leader, it’s important to understand that you’re going to have an impact, and that you get to own that impact. Own meaning you are responsible for it without blame. This kind of ownership means that you even let go of the argument that any particular impact wasn’t what you were intending.

It doesn’t matter what you intended.

If you’re committed to supporting people to come closer together, and part of the impact you’re having is driving people apart, you should probably get responsible for that impact. Not because you necessarily need to shift it, but because you may want to address it, or acknowledge it. Maybe you might want to do something about it, or maybe you may want to warn people up front that sometimes that is the cost. Maybe you want to have a conversation with someone where you’ve had this impact and clean things up. Maybe the impact you’re having is an indication that there is a different way for you to do things that would generate even more powerful results along the lines of your commitment.

There’s a million things that may result from you getting responsible for your impact, but they can only happen if you’re willing to let go of the preciousness of your blurting and step into a deeper stage of leadership.

So it’s great that you’re willing to start telling the truth, practicing authenticity, and putting yourself out there into the world.

I applaud your courage.

Just don’t stop your journey there.

(NB: You can’t jump to the second stage of leadership without going through the first stage — so if you’re not yet blurting, that’s the place to start).