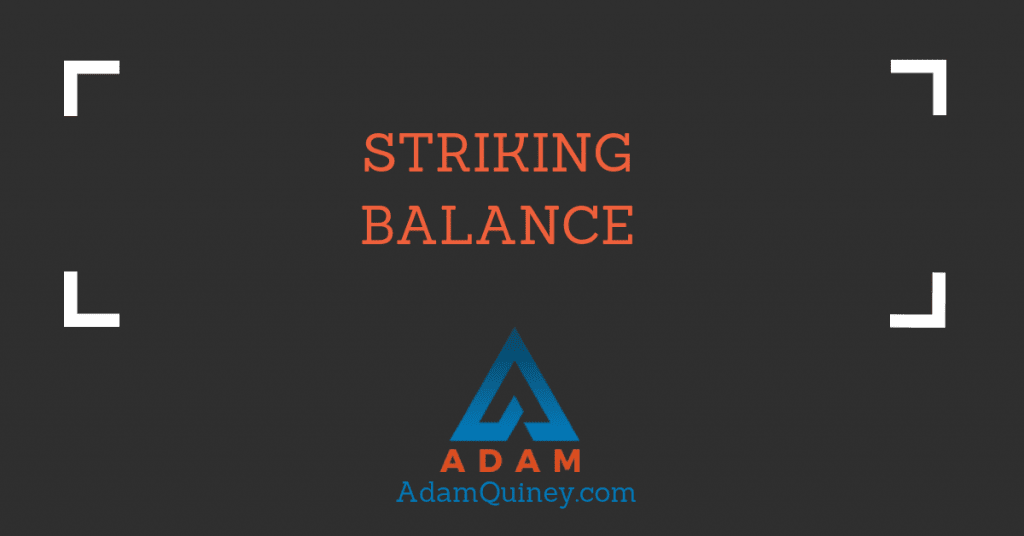 I can get more engagement on a simple post, but I can better express myself in a longer post. I can do a better job of making sure my point doesn’t get misconstrued in a longer post, but less people are likely to read it. Where is the happy medium? How do we strike a balance between something staying profound and something being consumable but irrelevant.

The most brilliant work in the world is irrelevant if it isn’t consumable. Part of the genius of books like the Bible, the Torah and the Qu’ran are that they provide wisdom in a way that appeals and is consumable to a broad audience. (We wouldn’t be talking about them if that wasn’t the case).

The most easily consumable food is baby-food, but we tend to get tired of that. The equivalent these days would be things like motivational memes, positive affirmations (spoken over top of a dis-empowered story about ourselves) and cute videos of puppies and kittens (“Look at that, that squirrel can water ski!”).

They don’t challenge our thinking — they don’t turn anyone away. Everyone can look at a poster of rowers rowing their way up a mountain and agree that “Life is like a mountain with no top”. But at the end of the day that stuff tends to move straight through you with little impact.

I often get it wrong.

Sometimes when I get it wrong, it feels good. It feels good because I create something easily sharable and popular, but without any irritant to go along with it. There’s nothing there to dislodge the habitual ways of thinking. It just slides right in and right out of your/my/our system without taking anything with it — without affecting any change. This kind of wrong feels good in the short-term, because I get a lot of shares and engagement. I, and especially my ego, like that.

Sometimes when I get it wrong, it feels bad. I get no responses whatsoever. Maybe a couple of likes. I’ve created too much of an irritant, too much to be swallowed. The system can’t take it in and it’s just not consumable enough to get past the gatekeeper of our attention-span. (This piece is already precariously leaning in this direction). These are the posts that feel loneliest for me. I don’t like feeling lonely.

The choice between being brilliant and being consumable is a tug-of-war I often find myself in. I’m not suggesting that it’s impossible to have both — more that striking the right balance is a significant part of my dharma as a leader. Noticing when I’m playing too much on the side of being consumable at the expense of the truth I want to share, and vice versa.

I’ll never get it right, just like you never, finally, “get balanced” on a bike. You’re just continually noticing when you’re out of balance and making adjustments so that you can keep moving in the direction you want to go.