Taking Your Own Medicine 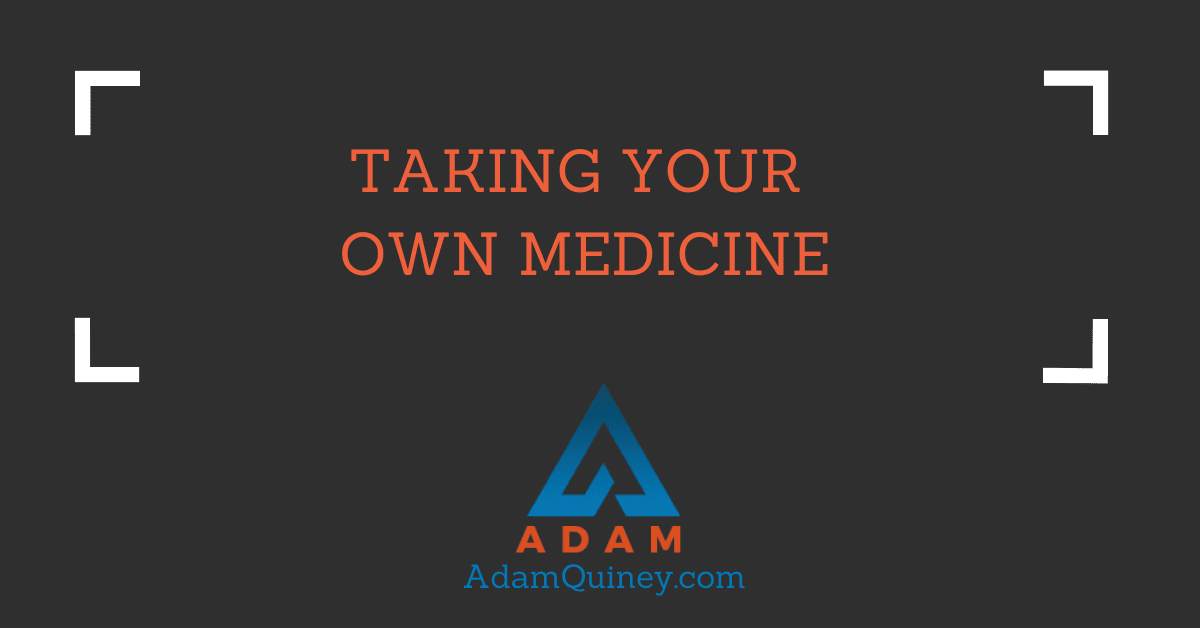 I do. I’ve got loads of judgments about the correct way to show up, and most of these people aren’t following my rules. Which is as perplexing as it is annoying. Why wouldn’t you follow /my/ rules for right living? If you would just do things the way I do things, then it would all work out and we’d all be awesome.

Anyhow, I’m clear that’s a myth, but there’s still a part of me that feels that way.

Most of the annoying things people do tend to be a function of my and their survival mechanisms. That’s the set of patterns we learned and put together that allowed us to survive and get by when we were younger, and that have now become automatic.

When people get confronted, they fall into these patterns (pretty much unconsciously and automatically), and the impact of the pattern tends to fall on whoever is around them.

Here’s what I’ve noticed about people’s behaviour along these lines: they’re actively taking their own medicine.

What I mean is that whatever someone is doing externally, they’re doing ten-fold internally.

Whatever the particular experience you’re left with when you’re around someone, that’s largely the experience they /live/ with.

Knowing this won’t cause them to show up any differently, and it probably won’t make it any less obnoxious when you’re the one bearing the brunt of someone else’s tendencies.

But it might allow for a little more compassion, knowing that, while you have to deal with this tendency right now, they have to live with it constantly.

And if we can bring a little more compassion to someone, it can help them get off of the confrontation they might be feeling. And that, goes a long way to having them drop out of the safety of their survival mechanism and back into their innate, natural self.