The Language of Leadership 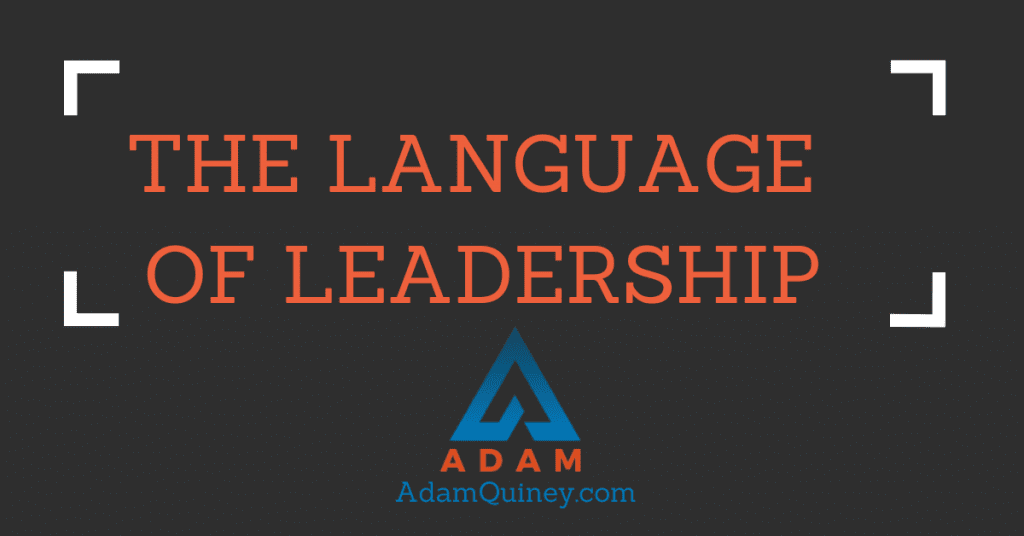 When I’m developing someone’s leadership, one of the first places we work is their language — because this is the primary means by which they interact with the world.

Here are some examples of a few really simple changes we create:

These may seem like simple, overly-nuanced shifts, but our language is everything. These changes are ultimately not really about the words you’re saying. They’re about who you’re being, and what you’re standing for in the room.

When someone asks “Who would like to share?”, they are asking a question about whether someone in the room has the desire to share. But leadership is often about acting in the face of your desire.  If I’m leading work that involves people sharing something vulnerable about themselves, they probably don’t “want” to share.

A leader uses their language to call people forward into leadership.

Who will share? Who will put themselves forward? Who will bring themselves into the arena in service of what we’re doing, regardless of their feelings about it?

That last bullet point there, where we address questions, requires courage on the part of the leader. It demands that you be willing to stand for your group to generate questions, rather than simply having them.

In my experience, people can often take time to bring questions forward — especially if they’re worried about looking silly or foolish for asking a dumb question. When you tell people that you will be taking three questions before moving on, you are standing for something.

And standing for something this way requires some courage on your part. You need to be willing to sit in silence, while the group sits in the discomfort of not yet having an obvious question to ask.

As a leader, you are standing for the group to be at cause to generate questions, rather than being at the effect/of the moment, and whether a question is currently floating in front of them.

Changing our language this way, and standing for the invitation we are making requires mettle on your part. It requires you be a stand for something beyond the social comfort we automatically turn towards.

Head’s up — none of this is prescriptive. This isn’t about creating a rule that you should always get three questions before moving on. This is about noticing who and how you are being, through your language — and then supporting you to stand for what you see is required in the moment, rather than collapsing into the safety of comfort.