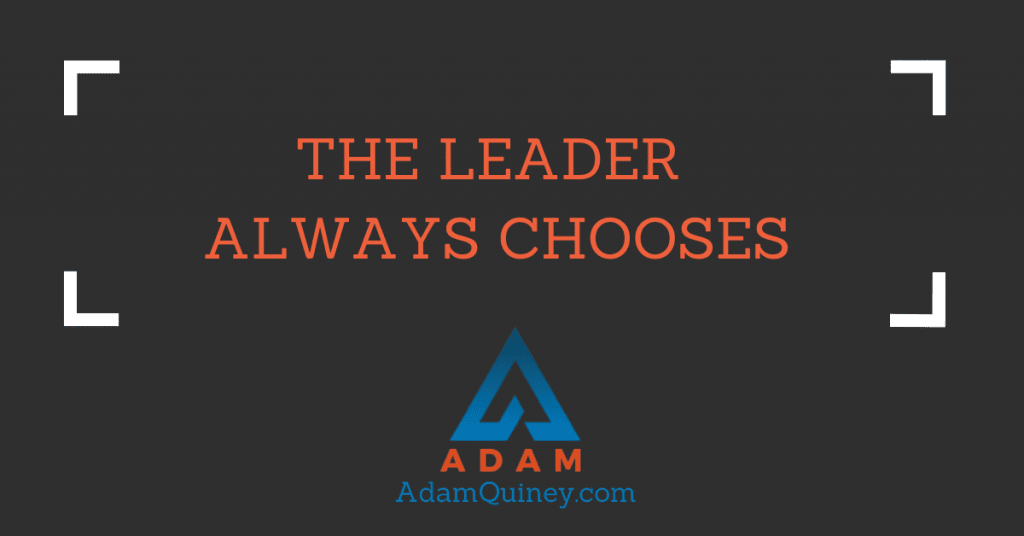 There’s a sentence I’ll hear people say from time to time, that is often an indication that they aren’t going to create the change they’re hoping for.

That sentence is “I can’t keep doing this.”

Sometimes the sentence takes this form: “This has to change.”

These two sentences often sound like a powerful declaration. Like someone taking a stand that they are no longer willing to let things keep going the way they’ve been going in their lives. Like Michael Scott standing up and powerfully declaring bankruptcy, or something like that.

In transformational work, your language is revealing. What can at times feel like a fixation on semantics is really about rigorously noticing the way your world, and you in it, occurs for you, as revealed in your language.

The statement “I can’t keep doing this”, reveals a lack of choice. It suggests that there isn’t any option BUT to take the scary action. To take the steps that are going to have things going differently for you, even though there may be a bunch of fear in the way. If there wasn’t any fear, you likely would have already done this, especially given your insistence that things “have to change”.

Having no choice in the matter is a seductive thing. Fundamentally it pushes us towards an experience of powerlessness, which will always be ultimately disempowering, but it also means that you don’t have to be the one to make the decision.

I’m going to underline that last point. If things “have to change”, or you “cannot keep doing this”, then you don’t actually have a choice to make. It’s already been made for you.

This is similar to the way your boss telling you that you have to go home because you’re sick can be easier than having to make the call yourself and stand for your own well-being.

If I have no choice in the matter, then that’s going to save me from my fear a little bit. Yah, I have to do the scary thing, but I don’t have any choice, so I’m naturally going to take that step. It’s practically already done for me! Phewf.

You’ve been doing, whatever it is you’re doing in your life, for a very long time. Sure, you may not like the consequences. Sure, you may absolutely believe that in the long term it’s going to have greater and greater impact in your life, but the truth is that humans are remarkably adaptive.

Your belief that you can’t keep doing something is a lie, told by your ego. You really can, and further, you really will, until you actually choose to do something different.

“I can’t keep doing this” and “this has to change” are convenient fictions. They take the choice out of our hands, which then keeps us in the perpetual loop of not actually choosing something different.

Things don’t have to change.

And predictably, they won’t.

Not until you choose.