THE MASCULINE CONTAINS THE FEMININE 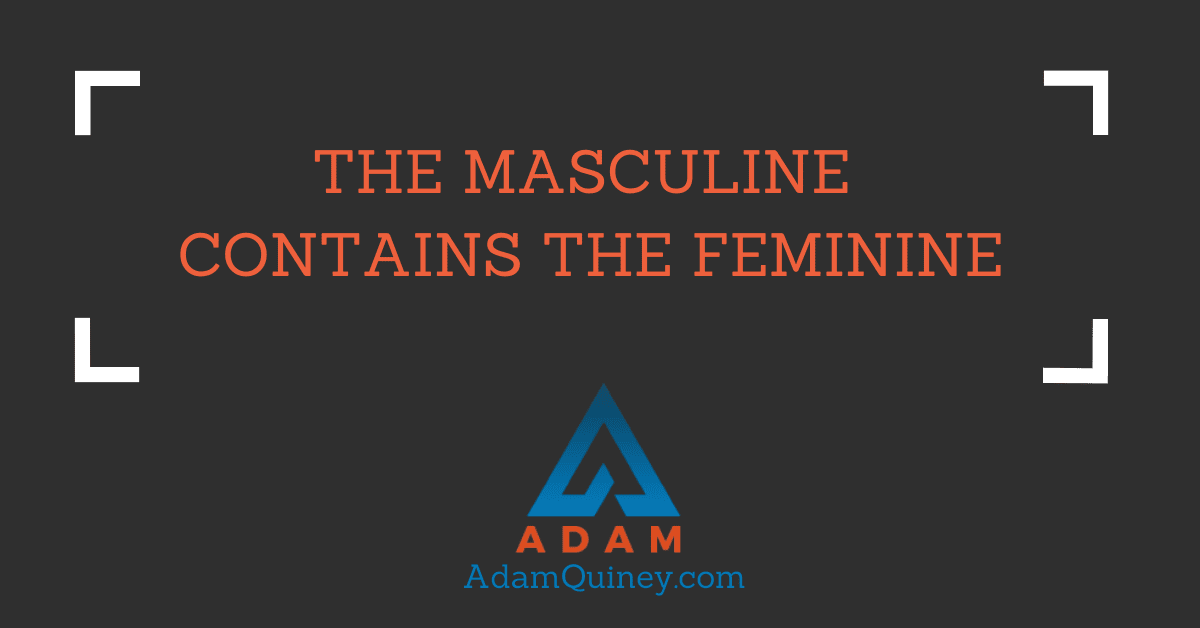 Somewhere along the line, the Masculine must put its foot down, and bring a clear “No” to the Feminine.

The role of the Feminine is to test this container. To kick, poke, even to scream and throw hurricanes against the walls of the container, in an attempt to test and ensure that it is sound.

In the less mature stages of our society, the Masculine’s No comes from a place of selfishness. Concern with not being burdened, with doing whatever is necessary to ensure that they don’t have to deal with any more. The Masculine is concerned with freedom from the burdens of life (AKA the Feminine), and so the No is not particularly trustable. It’s hard to trust any kind of container when you don’t feel like you’re being felt. At that point, it simply feels like an imposition.

At the second stage — where most of our society in the West currently operates — the Masculine’s attention is more on creating a container that works for the Feminine. Are the walls the right shape? Does this upset you? Do you feel safe inside this container? What would have you feel better about the container I’m providing? Oh, you don’t like how that constrains you there? Okay, let me adjust.

Being contained will by definition, limit freedom. Just like using a magnifying glass to focus the rays of the sun will inherently limit the places in which those golden rays can shine.

This is, to some extent, what is going on when a man complains about how “Women just seem to date jerks”. I’m grossly simplifying here, but to some extent, there is something more trustable about a man that is willing to stand in a firm No, compared to one that is unable or unwilling to stand anywhere. Of course, because the place that “No” comes from is ultimately a selfish one, it becomes tiring, quickly. When the Feminine doesn’t leave in these situations, we tend to see it wilt and wither, and act out.

At the third stage, the Masculine must rediscover its “No”. This was lost in crossing the threshold to the second stage — it had to be given up in order to learn how to create equality and equanimity. In crossing the threshold to the third stage, the Masculine must pick back up its spear and place it in the ground. It no longer does so for selfish reasons — it does so in partnership with the Feminine. And, the Masculine places this spear in the ground knowing that the Feminine will fight against it.

The Feminine will point to all of the places the Masculine is wrong for where they have put their feet down. All of the things that haven’t been considered, all of the reasons why not bring a “No” here. And, still, the Masculine must stand in the “No”, even when the Feminine is right about all of what is pointed out.

The Masculine doesn’t stand in this “No” forever — it brings a commitment to deepen its own work, to feel more fully into the Feminine, to receive everything that is brought. The Masculine does all of this so that it can continue to refine its stand and create better art in partnership with the Feminine.

And still, for the time being, the Masculine /must stand/ in this “No”, because someone has to stand somewhere.

If you’re committed to a relationship that has polarity, it is the partner holding the Masculine pole that takes that stand.