The Three Stages of Leadership 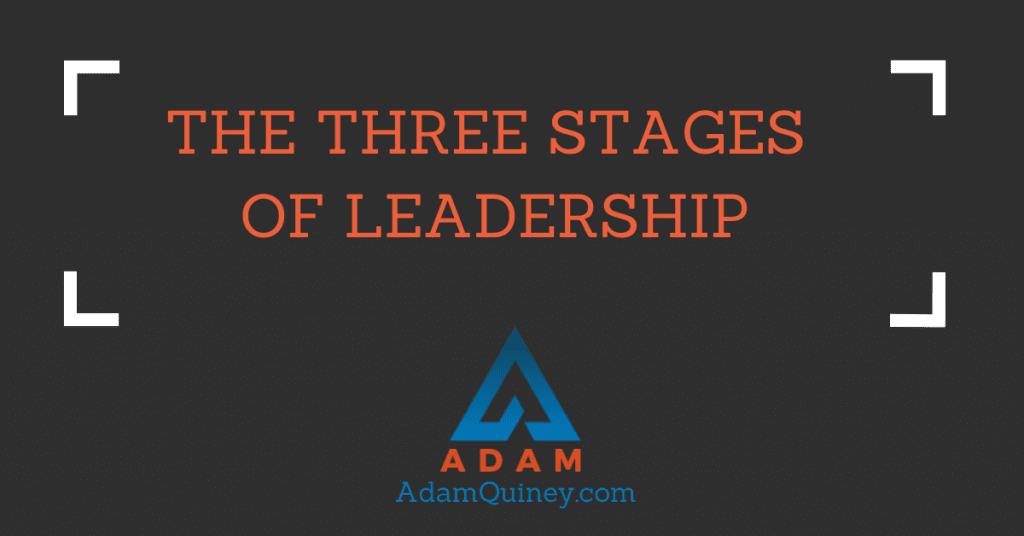 When people begin getting supported as a leader, I’ve noticed there are three stages of progression they tend to move through.

The first stage of practice in leadership is often focused on controlling yourself and the world around you. You manage other people’s feelings, you try to avoid making too big a splash, and you try to be nice and neat and tidy.

And, on top of that, you get annoyed with people that aren’t doing the same thing. When people show up in a way that upsets you, you judge them for it, expecting that it’s their job to manage themselves so you don’t have to feel that way.

In essence, your relate to the world, and expect others to relate to you through the same lens — that of the first stage.

At this stage of practice, the game is about other people. How do I avoid upsetting them? How do I make sure they like me? They should change their behaviour. Etc.

The second stage of practice is a breaking free from all of this control. Instead of controlling the world around you, you decide “Fuck it!”, and you stop censoring and controlling yourself. You show up, as you are, because that’s what’s real for you.

And, when other people around you show up this way, and you find it obnoxious, rather than insisting they be different, you remove them from your life. You close off to them, block them, or avoid them. In a sense, you are sovereign. You be as you be, you let others be as they be, and you go about your life. At this stage of practice, the game is really about you (or ME). I’m not willing to censor myself. My own expression is what matters.

Just like in the first stage, your expectation of how others show up is a reflection of the stage you’re operating in. Because your outlook is now a function of being your own person and doing what you see there is to do, you also expect other people to conduct themselves the same way. If what I do offends you, then it’s on you to choose to walk away from me.

The third stage of practice is a shift into /responsibility/. At this stage of practice, the leader is still committed to expressing themselves, but they are also present to the impact of how they’ve expressed themselves. Even though they may be bored in a meeting, they have the capacity to ask themselves “Hey, does yawning loudly and proclaiming that I’m bored serve what we’re trying to create here, or would that actually shut people down more?”

At this stage of practice, the leader develops not only responsibility, but also the ability to calibrate how they show up, and in doing so, can manifest the greater purpose they are committed to. At this level of leadership, the game is about whatever the leader is committed to that is /bigger than themselves/.

This provides the leader with a commitment beyond mere self-expression in the moment. If staying quiet while someone else speaks, even though the leader disagrees, is what will create the result they are committed to creating, then the leader is capable of doing so — not as a concession or something they tolerate, but as an action that genuinely empowers them and sets them free. The leader is empowered in this choice, because it moves the world closer to the commitment the leader is.

The third stage will often occur /wrong/ to those practising in the second stage. Rather than being able to see the deeper purpose the leader is committed to, those at the second level of practice will likely relate to this ability as co-dependance, people pleasing, or a form of censorship — basically a step backwards into the first stage, rather than a transcendent step into the third.

Unlike the myth of being “woke”, like it’s something you either “are” or “are not”, you don’t “arrive” at the third stage and then stay there. You will perpetually and perennially be in and out of these stages. In one area of your life, you may be comfortable and willing to operate at the third stage of leadership, while in areas, you may reserve the right (unconsciously) to hang out in the first.

Whatever stage of practice you are in is great. None of these are better — simply milestones along the journey. You can’t leapfrog these stages. The only way forward is to move through them. It can be helpful to keep all of this in mind when you write, share, or practice at any given stage. And above all, bring compassion and love to people, regardless of where their practice is at.

We’re all doing our best.