THE TRUTH VS. A BELIEF 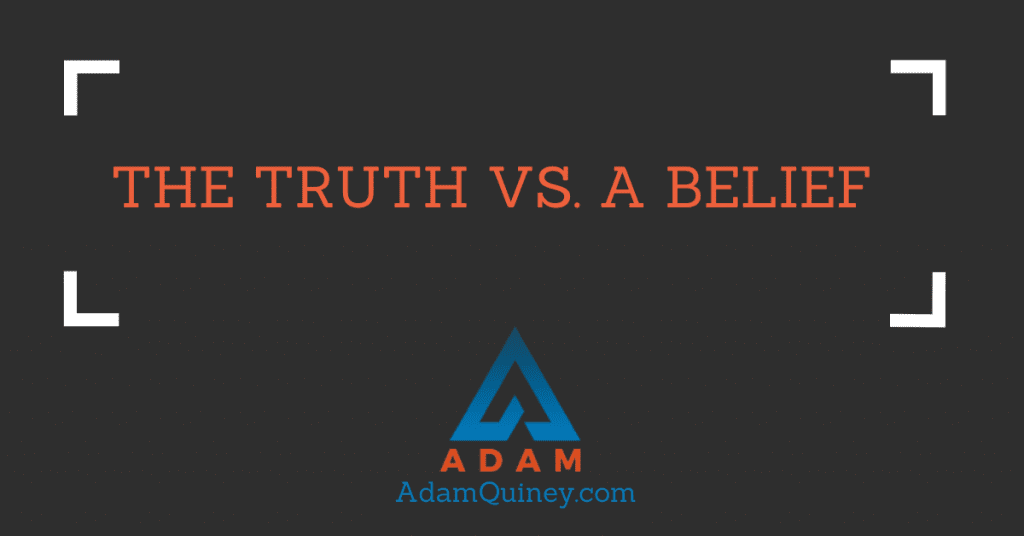 One of the early challenges to transformation is seeing that “the truth” you perceive is actually just a belief you hold.

Beliefs aren’t bad, they’re necessary for our ability to move through and function in the world.

Beliefs aren’t even worse than Truth — they’re just distinct from it.

If we’re confusing our beliefs for the truth, we get into a whole basketful of problems.

A belief is something that can be changed. It might require some work, or even some unlearning on my part, but if I’m willing to do so, I can exchange one belief for another.

A truth, on the other hand, is immutable. I can try to replace “the truth” with a new belief, but that would be kind of crazy. It’s “the truth”. The truth is fixed.

If “the truth” is fixed, and if the options available to me in my life are based on “the truth”, then my options are also fixed.

When you arrive at statements like “I guess I just need to learn to accept that ” or “The truth is that some people are just ___, and I just need to be okay with that”, that’s you getting cemented into place by your beliefs.

Getting some altitude from your beliefs is thus the first step to transformation. The early phases of transformation often involve a bit of peeling your beliefs away from you, so that you can get a bit of space between you and what you currently hold fixed as “truth”.

Adopting new beliefs isn’t the end of this kind of work; it’s the start. But until you’ve created some distance between yourself and the concept of “the truth”, you’ll remain stuck.

Here are some practises and mantras I find helpful when I’m dealing with particular pernicious beliefs of my own: