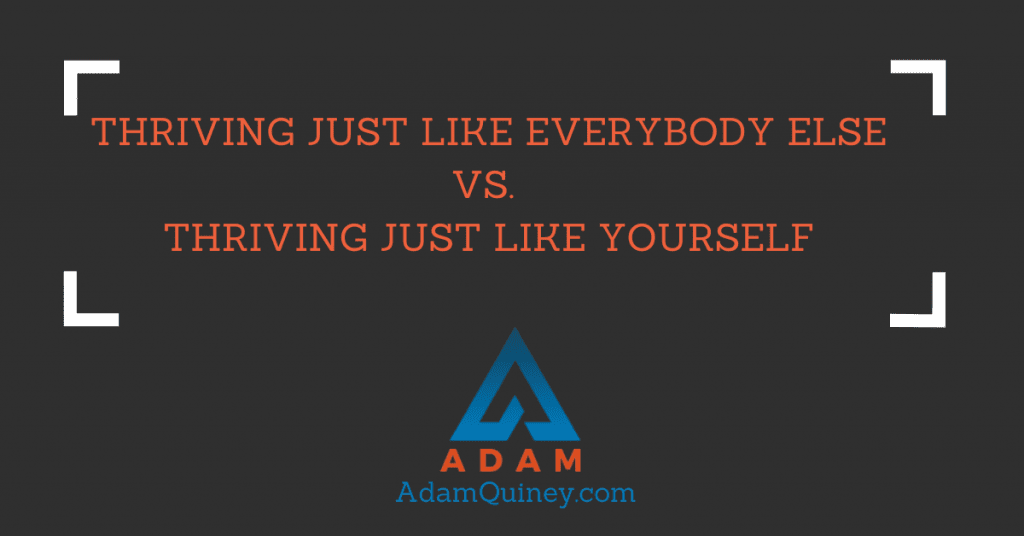 Steph is a brilliant child heading off to school. When I say Steph is brilliant, I mean that Steph embodies the capacity of Brilliance.

The quality of Brilliance is the capacity to think on your feet quickly. It’s the ability Steph has to understand abstractions and variations on a theme. Steph possesses a natural capacity to jump between the tactical and the strategic, even before she knows what those terms mean.

Steph picks up and understands concepts quickly. Things just seem to come to her easily — at least things related to understanding and her intellectual knowing.

Steph goes off to school, and is put into a system that is geared towards providing an education to the broadest number of children possible. That’s the noble aspiration of our public education systems.

In order to meet that aspiration, the school system needs to place most of its emphasis on the middle, meaty part of the bell curve. What that means is that teachers, study material, and the emphasis of learning, as a whole, is mainly geared towards the average.

It’s worth considering at this point that the “average” doesn’t exist as a real person. You might be close to the average for some things, but for a great many others, you will be above or below that average.

The “average child” is a myth — it requires scrubbing away the idiosyncrasies, the proficiencies and the weaknesses that every human has, and instead, creating a myth that there is someone that is just middle-of-the-road at everything they do.

(This doesn’t mean that the school system’s approach is wrong — just that there are consequences.)

Our system operates on top of this idea of the average, and the more we become a product of our system, the less separate we can hold ourselves from the myth of the average. Instead, that myth becomes our reality.

If Steph isn’t doing well at gym, because that just doesn’t happen to be a strong suit for her, we don’t consider that the system is simply not meeting her where she’s at — we relate to that as a deficiency in Steph.

We create all kinds of diagnoses to make sense of the problem caused by this “myth-as-reality” that gets created.

When Steph sits in math class, she picks up the material quickly and easily. At least as far as math is concerned, her Brilliance serves her well, making it easy for her to understand what is being covered.

However, because Steph picks it up so quickly, she rapidly becomes bored. Steph doesn’t really understand why we’re spending so much time on something that already makes sense.

At first, Steph tries to focus, but focusing on something that is already understood seems pointless. It’s hard to force yourself to focus on something that no longer has any challenge — like trying to stay focused while you sit in a traffic jam inching forward.

Because of our myth of the average, we relate to Steph through the lens that something must be wrong — she’s not paying attention, she’s not following along. We don’t question the system itself, because we’re too deeply embedded in it. We can’t see the system, only the symptoms that show up as a result of it, and so that’s where we put our attention.

If we do this long enough, Steph starts to reach the same conclusion about herself that we do — she must be stupid. She thought she was understanding this, but she’s being called to pay more attention, and she just can’t seem to make herself do it. She must be lazy. She must just not be good at math, because obviously she’s missing something.

Steph learns strategies to manage her deficiencies. She learns that she can take medication that helps her fit into the myth of the average, and /thrive just like everybody else, rather than thriving just like herself.

As Steph gets older, she turns around and kindly helps other people step into this exact same system and belief.

Our frame or context is determinative. It dictates how we relate to ourselves, and what we believe is and is not possible in our lives.

So… what have you learned to believe about yourself?