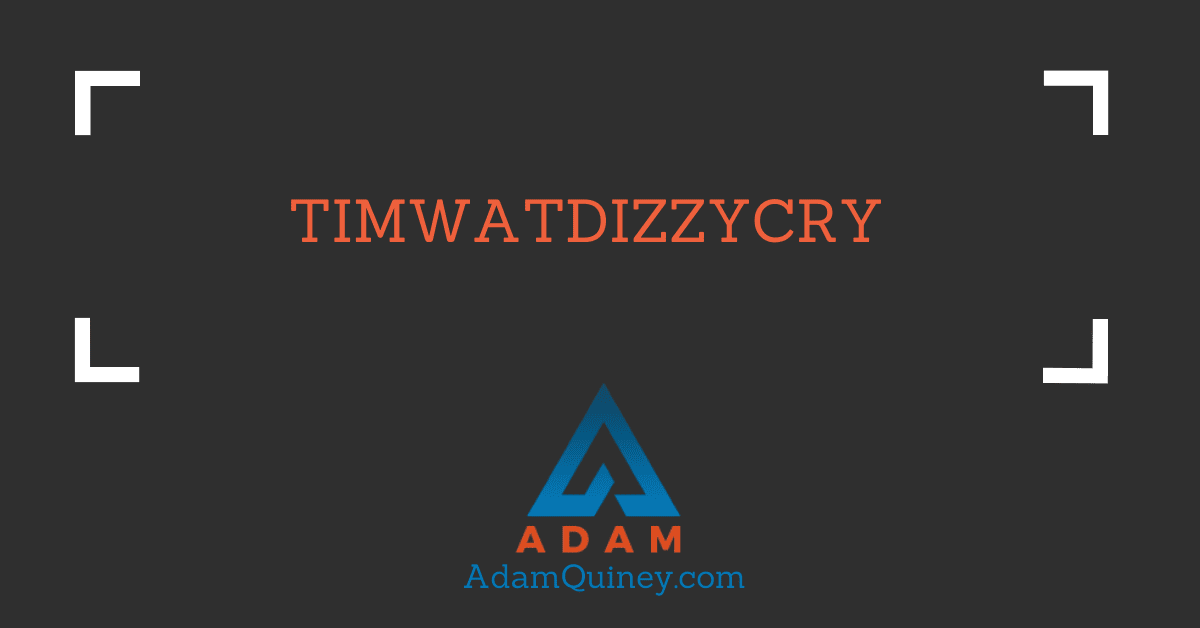 TIMWATDIZZYCRY is a fascinating dynamic, and a shitty acronym.

It stands for “Tell me what to do, so I can resist you”. If you wanted to sound it out, you could say “Oh yeah, that person over there is a ca-laaaaassic case of timwatdizzycry.

Timwatdizzycry gets created when you were told what to do, growing up, a lot. When you’re raised by parents and teachers that tell you what to do over and over again, you start to do a few things.

What I WANT to do is eat ice cream, play video games, and not go to school. What I’m told to do is go to school, study, do my homework, play thirty minutes of video games, at most, a day, and eat a small portion of ice cream once a week and only after I put up with my parents’ inevitable joke: “Sundae?! You want a sundae?! But it’s WEDNESDAY!”

The second thing that happens, is if you’re the compliant type, you’ll start to suppress what you want to do in favour of doing what you’re told to do. I mean, what other option is there, right?

The third thing that happens is you do what you’re told to do, but you resent it.

And finally, you can react to all of this and do the opposite of what you’re told to do.

Typically you’ll act out some combination of all of these things, kind of like a pendulum swinging back and forth between the two opposite sides.

Timwatdizzycry is the end result when this whole thing gets fast-forwarded and played on loop (like all of our childhood patterns do) for thirty some odd years.

Timwatdizzycry has you do two things: Seek out people that will tell you what to do, so that you can follow their directions, ensuring you’re not doing the wrong thing, and then when you don’t actually get what you really want from life, it has you resent them for having told you what to do and it not working out.

With timwatdizzycry, you don’t ever have to risk being wrong. If I ask you what you want to do, you’ll sit on the floor and say “I don’t really know”. You might hire a coach or a counsellor, or seek the counsel of a friend, and ask them what you should do. You could gather a whole bunch of advice, and eventually, you’ll take some of it. Until you find that none of it is really leading you where you want, because you can’t get to what you want in life, by following other people’s advice. Let’s put that last bit on its own line for ***maximum impact***.

You can’t get to what you want in life, by following other people’s advice.

Getting what you want, is a function of following your inner voice. Listening to your desire, and then asking the world for it.

When you ask for what you want, the world will tell you NO, YES, maybe, ask me later, and a whole bunch of other things. But that doesn’t really matter. What matters is that your breakthrough comes from being willing to slow down and stoke the flames of your own desire, so that you can begin to hear, and ask for, what you want.

Timwatdizzycry is the cycle that stands in your way. You say you want to take on a new project and really make your life meaningful, but you don’t know what it is?

CHOOSE something. Pursue it for a year. Then see where that’s left you.

Or don’t, because maybe you’re just following my advice. The point is simply that to get acquainted with your own desire, you have to be willing to make choices and run them for a while so you can start to learn how that decision sits with you, and begin to distinguishing passing fancy from genuine underlying desire.

In other words, you’ve gotta be willing to do things wrong for a while.

Timwatdizzycry is designed to keep you from being wrong. Either you stay put, not choosing until you have the right answer, or you have someone else give you the right answer (which keeps you safe from making the “wrong” choice yourself). You’ll follow their right answer until you realize that what they have for you isn’t really what you want either. And then you’re back to square one.

Here’s the upshot to all of this — the masters of Timwatdizzycry will find themselves doing very well in careers. Being able to identify what needs to be done, subsuming your own desires under that, and then implementing it better than anyone else will put you in high demand. The thing is, it tends to results in you thriving in a career that may not be a reflection of your own desires. Instead, it’s a reflection of what you’re supposed to be doing with your life.

Like with every pattern, it’s not that this is a bad tendency in and of itself — it’s the automaticity, and our obliviousness to it, that makes it problematic.

Want to start shifting it? Start noticing your tendency to timwatdizzycry.