TRUSTING THEY’LL GET IT 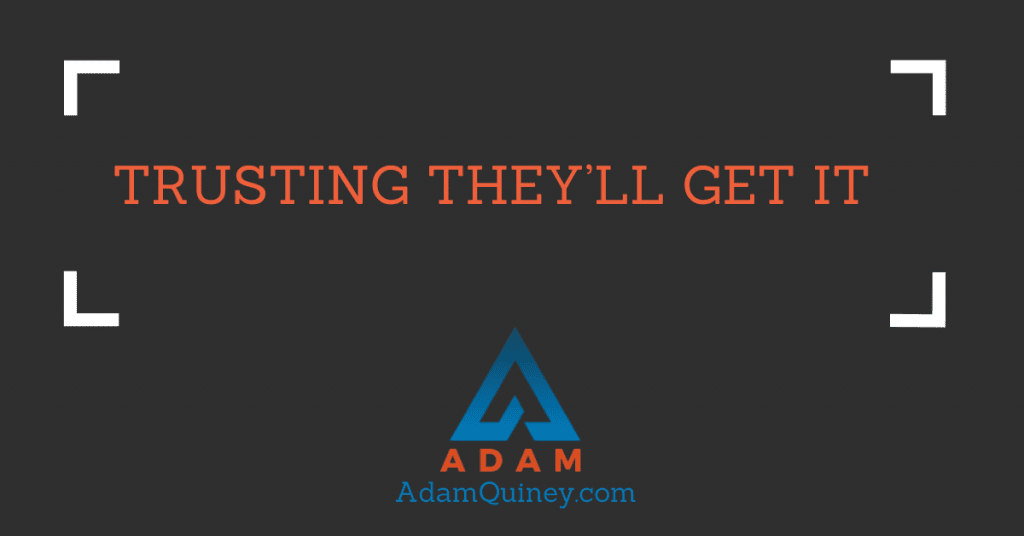 One of the things about blindspots is that everyone wants to see their own. At least, that’s what they’ll tell you. They’ll ask with all earnestness what their blindspots are.

But the moment you point them out, that earnestness becomes a well-reasoned argument.

“Oh, I see why you’re saying that. I think you just don’t have the context for why I’m doing this. Let me explain.”

“Mmm, I don’t think what you’re saying is quite accurate…”

This is the nature of a blindspot. We literally can’t see it. Even when you put it right in front of our face, we’ll eloquently explain it away.

Many coaches and leaders experience this a couple of times and conclude that their client or direct report is just uncoachable.

“They’re unwilling to receive the coaching I’m providing them.”

What’s really happening is that the leader is simply unable to be with their direct report as they learn to see what has stayed hidden for years on end.

It’s not that it’s the client that’s resistant. It’s that they simply cannot see the thing being pointed to.

Supporting transformation requires developing the ability to be with people while they innocently deflect your attempts to support them.

Working with someone like this requires a willingness to offer something, and then set aside our need or desire for them to “get it”. The more we “need” someone to see or get this, the more pressure they feel from us*, and the more that stands in the way of them getting it in their own time.

*(If you’re insisting that they aren’t feeling that pressure from you, it may be worth considering that this is a blindspot of your own.)

So we offer our reflection, notice how our client/report responds, and hold their response sacred. The next time they show up this way, we offer the same thing.

We practice letting go of the idea that they need to hurry up and get this, and instead trust that they will.