TRYING OUT A DIFFERENT APPROACH 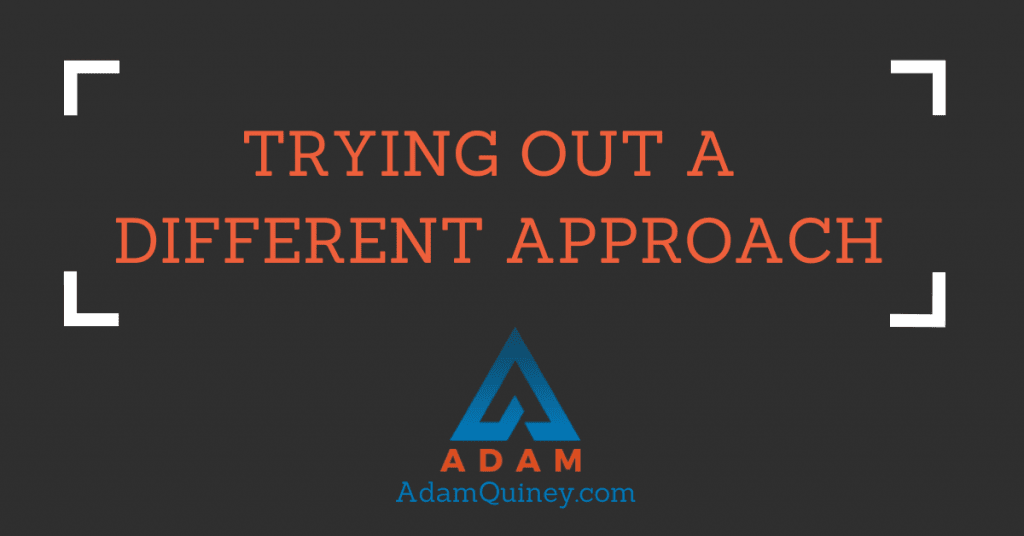 Brent sat down and took a breath. Everything he’d been trying hadn’t been working. He was frustrated with Carol and Doris, and underneath that frustration, he was disappointed with himself. At times, when he softened and could feel beneath his own tough exterior, Brent realized he was afraid he wasn’t up to the task of leading this team and this company. Brent’s fear only drove his desire to make a difference further. It had Brent get fervent and overbearing in an attempt to overcome the failure he was committed to not being.

Brent has been working with the Spectrums of Being model, and getting supported by his friend Jonathan in implementing this approach to relating to people.

Brent decided to take another swing with Carol. He remembered Jonathan sharing that the concept of the Spectrums of Being was rooted in the idea that when people are confronted—an inevitable part of creating the unknown—they will predictably show up from their shadows.

Brent took a breath and thought about Carol. As of late, Carol had been alternating between flakiness and tyrannical rigidity. Before going any further, Brent looked up these ways of being in his reference guide, and noticed that both flakiness and rigidity were aspects of the shadow side of Commitment.

“That’s odd,” thought Brent. “I wouldn’t have thought flakiness would be a sign of someone who is Commitment.”

Brent continued reading, noting how those with the trait of Commitment can learn early on that there are consequences to being committed. Carol may have learned that when she commits too soon, or too late, she either misses out on opportunities or gets herself stuck in opportunities that she can no longer seem to extricate herself from.

Brent thought about that, and then pulled out his notes from the last meeting, showing the responsibilities he and his senior staff members were taking on. Brent remembered this meeting well — he had been simultaneously frustrated and relieved with Carol. His relief had come from the fact that Carol was owning so many different moving parts for their upcoming release. Compared to himself and Doris, Carol had twice as many responsibilities. Brent had been frustrated by Carol’s unwillingness to set down deadlines and to make any kind of commitment to completing these tasks. When Carol did make deadlines, she was unreliable to keep to them, often responding with apologies and excuses.

Brent thought about this, setting aside Carol so he could solely consider the quality of Commitment for a while. What would Commitment do while it was afraid — when it was feeling like it was inadequate or not enough?

“Hmmm,” thought Brent to himself, “Commitment would probably say YES, committing to more. If you’re not enough, then you better doubledown.”

Brent continued to read through the section on Commitment’s obvious fixes, seeing that part of how the pattern played out is that those leaning heavily into overcommitment then end up finding themselves overworked, overburdened, and dropping balls, which then reinforces the fear that they are not enough, and correspondingly, the need to continue overcommitting.

Brent thought in silence for a while.

“Wow. So Carol isn’t flakey. She’s the opposite of that… she’s Commitment. And she’s scared. From her fear, she creates flakey. Now she’s avoiding making commitments, because she’s afraid she can’t keep up with the ones she’s already made.”

This insight struck Brent like a thunderbolt. He slapped his forehead. “And of course she can’t keep up with the commitments she’s already made — from the part of her fear that had her overcommit in the first place, she’s basically created the reality of her fear.”

Brent sat in thought for a while. He was seeing Carol in an entirely different light. At the start of his day, he’d been considering that it might be time to replace her with someone that was “more dedicated” and “willing to do what it takes to make things happen.” But Brent was realizing that that was exactly who Carol was — that was what was getting them into trouble in the first place. The problem wasn’t that she lacked those qualities. It was that she had them in spades, and was trying to use them over top of her fear in an attempt to resolve it.

Brent sent Carol a text message: “Hey, got time for a quick chat?”

Rather than respond, Carol knocked on his door five minutes later.

Now that Brent was present to Carol’s gifts, he could see her Commitment even in her willingness to show up at his door without hesitation. Brent felt a moment of gratitude for who Carol was. Along with that gratitude, Brent noticed how burdened Carol felt. It was clear she was taking on too much.

“Hey Brent, what can I do for you?” Carol asked.

“Hey Carol, I was hoping we could talk about the things you’re currently taking on, and the last meeting we had.”

With his shift in perspective, Brent saw a whole new side of Carol. He was in awe of her ability to recommit in the face of being clearly overburdened and overtaxed. Carol felt like she was buried under a mountain of obligations, and from her Commitment, she was willing to say Yes to try and keep moving things forward.

Brent was clear that this way of being of Carol’s—this tendency to double down on her commitment — wasn’t working. But seeing this tendency as simply the way Commitment looks when afraid gave Brent a lot more space and compassion for where Carol was at.

Brent paused and took a deep breath before responding.

“Thanks for that Carol. But let’s put that aside for now. I wanted to check in… how are things going for you?”

Carol responded quickly. “Oh, they’re good, I just need to get those deadlines to you, and push a few things off my plate, and then I’ll be back to where I need to be.”

“Hmmm,” thought Brent, “that just doesn’t sound like the whole story to me.” Brent decided to slow down and just sit with Carol a little longer.

“I mean,” Carol sighed, “I have a lot on my plate. It’s hard, you know? I wish I could get this stuff done faster. I know you and the rest of the team need deadlines. I’m feeling like I don’t have time for that, but I know that’s not acceptable. I know I need to just knuckle down and do it. I’m thinking maybe if I stay late tomorrow night, that would help.”

Brent interjected, softly. “That sounds really hard. It sounds like you have way too much on your plate?”

Carol paused, caught by how gently Brent had spoken. Tears welled in the sides of her eyes, only briefly before she blinked them back.

“Well, honestly, I feel like I’ve said Yes to way too much. I’m not sure how to make it all fit together, and simultaneously I feel like I’m letting the team down by not getting it all done. I don’t really know what to do. I know you and everyone want me to get better at saying deadlines, and I’ve been trying to do that, but it only seems to make the problem worse. I think I just need to work more hours and maybe get better structure?”

“Carol… I’ve got to tell you, this all makes a lot of sense. I’ve been getting some support in my leadership, and today I realized I’ve been relating to you as flakey. I’m really sorry about that, and I want to do what I need to do to clean it up. But before we go there, I want to share that I saw, maybe for the first time in a long while, the commitment that you actually are. If you’re afraid of not being enough, or not getting enough done, of course you would commit more. And, of course committing more would just worsen the problem, because now you have way too much on your plate, are going to drop some balls, and then you’re going to feel even more inadequate, or afraid, or whatever.”

Carol took a deep breath. She nodded her head to what Brent was saying, but otherwise stayed silent. Brent continued, struck by what now seemed so clear. “Carol, this is all making way too much sense to me. And not in like… a bad way, but in a ‘Of course what we’re trying to do to resolve this isn’t working’ kind of way. We’re just perpetuating the problem. I don’t know what the solution is yet, but I want to work on this with you. I feel like there’s something available for both of us. Would you be game to partner with me on this?”

Carol blinked again, letting two tears roll down her cheeks. She answered softly. “Yes please. I would like that.”