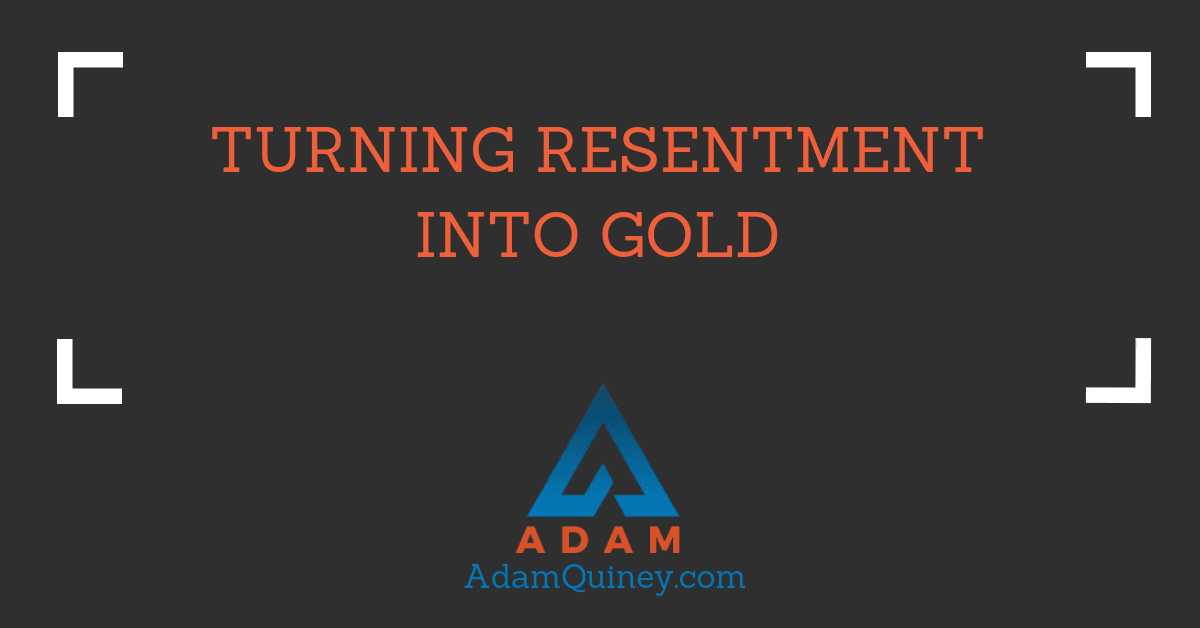 I’m actively resenting you, and I’m relishing the experience.

I’m picking apart what you’re doing. Pointing to the things you’re missing, quietly tabulating a list of things you’re stepping over. The attention you see on my face is not a sign of my appreciation for what you do, but rather the commitment with which I’m listening to how you are doing this wrong.

The resentment feels good, in a way. Or at least, it feels. It gives me something to chew on — and ruminate on it I do.

While I resent you, I feel alive. I feel like an expert. I’m clear on the things that should be different.

This resentment has been brewing for a while now. And while it feels good to make it about you, I know that it’s pointing me to something deeper.

Like a pot that keeps boiling over on the stove, there’s something amiss — something about this that requires some attention on my part.

But with time, even I start to notice that that feels thin, and I know that I’m here to do more than simply complain about someone else. I’ve been in this game long enough to see through that veil.

As we start to explore, I notice that I don’t have this resentment everywhere. I see some specificity here. What is it about your particular brand and flavour of doing that is hooking me?

Well, I want to bring the same thing to the world. In a way, you and I are in competition. Collaboration too — but there is a competitive aspect at play. What you are ostensibly creating in the world is akin to what I want to create in the world.

And if I remove you from the equation entirely, and take a look at this like it’s a mirror, I’m forced to ask myself: what is this reflection offering me? What is it pointing to in myself that I cannot be with?

Why am I really struggling with this?

And slowly, with the excruciating, leaden pace that these things often have, I start to see something beyond your wrongness.

I start to notice that it’s easier for me to resent you than it is to step up and bring what I want into the world. Rather than risk the resentment of others for doing what you have the courage to do, it’s more comfortable for me to sit back, complain about how I could do it better, and join the choir of the masses.

A Monday-morning quarterback, I can point to everything that you should have done, but am unwilling to exhibit the leadership that would have me step up to the plate and face the same scrutiny.

I’m floored by the awareness.

Unconsciously, I divide myself: One part wants to return to the resentment and keep venting. It’s safer and more comfortable. It gives me a taste of what I want to be creating in the world, without the risk of actually taking it on.

Another part of me wants to simply sit in the awareness. Holding it precious, as though the awareness is really the gold here. But the awareness is soon to become the next piece of bait for my ego to dangle in front of my nose. As though simply knowing now that my resentment is about me not creating what’s next is sufficient to somehow change things.

My coach heads me off at the pass. She knows as well as I do that talking about this new awareness will feel good, but won’t move anything forward.

I sit down and start planning.