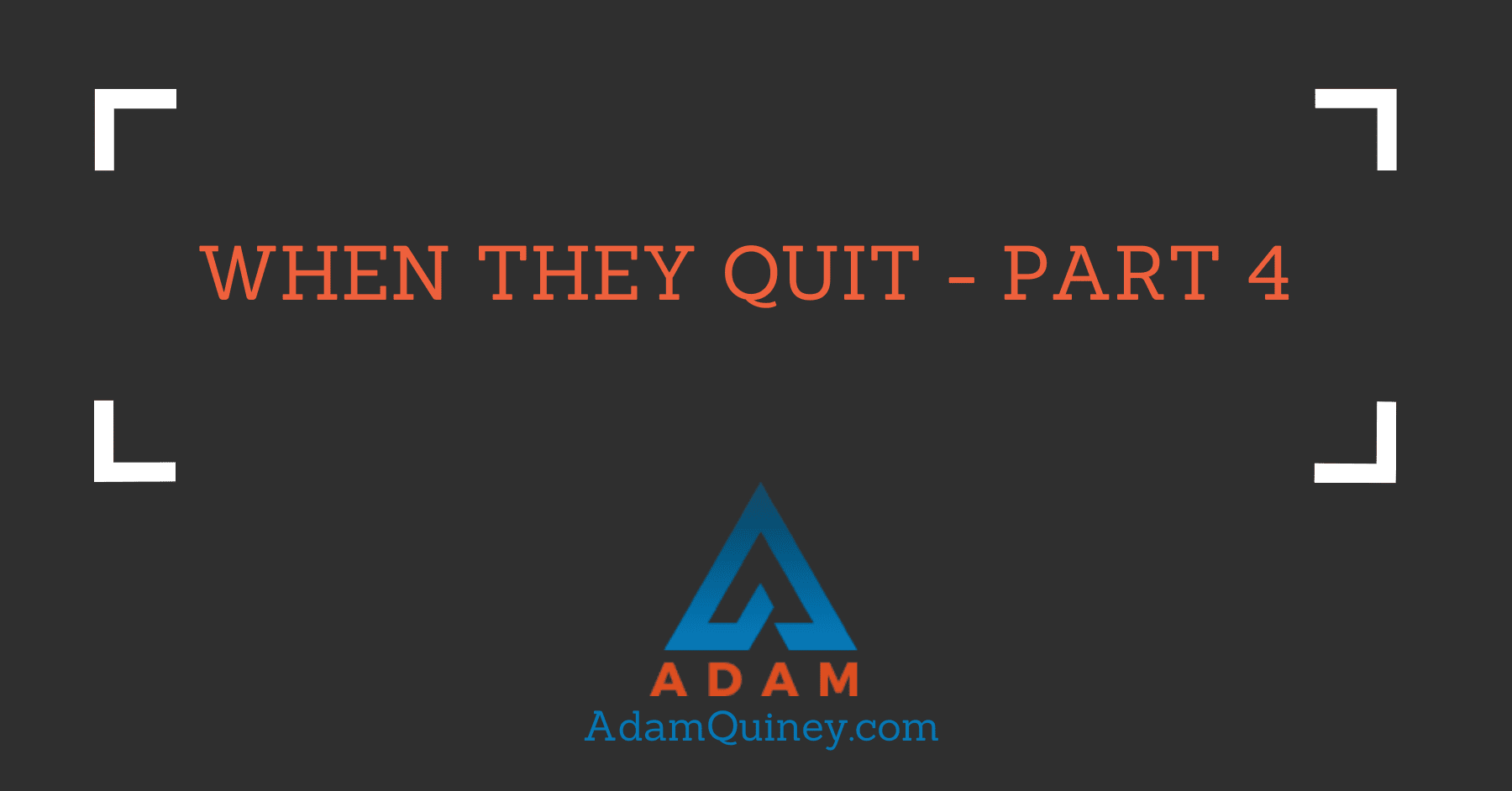 Regis had just finished distinguishing that the choice he had brought to Jonathan — that it was time to take a break from coaching — was the same pattern he was running everywhere else in his life. Regis was clear he wanted things to go differently than they always did, but he was a little stumped by Jonathan’s question: “What do you think you might do, to have things go differently?”

Regis thought for a while. For the most part, his head felt fairly blank.

Jonathan sat back in his chair and took a deep breath. He knew that there were suggestions he could make to Regis, but that would take away from his own process. The less Jonathan provided, and the more Regis muddled through this himself, the more powerful the experience would be.

“Well, I guess I could still take the break, but then set a time-boundary or something on it. Like, I’ll take a break, but just for two weeks, and I won’t go back to self-loathing afterwards,” Regis offered.

Jonathan nodded. “Sure, kind of like taking the next step in the pattern, but not the step after that. Is that about right?”

“Okay, well that’s definitely an approach, and that might be a little different. Here’s what I notice about that — it removes the support you have to keep looking at this pattern, while simultaneously hoping you’ll be able to do something different about the pattern.”

Regis thought about this and then responded. “Yah, okay, I can see that.”

“Let me provide you a metaphor Regis, and see if it resonates.”

Jonathan paused to check in with Regis. Regis gestured for Jonathan to continue.

“Let’s imagine you have decided you want to dress really well. But currently, you have been getting a lot of feedback that the way you dress is terrible. I know this is a ridiculous metaphor already, but hang in here with me.”

“So, you buy yourself a mirror, and you put it at the end of your hallway, so that every time you leave your house, you can see yourself and what you’re wearing. At first, you’re motivated. This is something new, and you’re starting to notice that, indeed, the plaid jacket and the striped tie and the check shirt you’re wearing all together kind of look like a fabric-store threw up on you.”

At this last image, both Regis and Jonathan laughed.

“So you’re feeling good about this, but you also have been getting something out of the way you’ve been dressing, and it turns out, you have some resistance to letting go of whatever you’ve been getting out of this. You’re also scared that people are going to comment on your new look if you change how you’re dressing, and so you end up talking a lot about changing your outfit, but you notice that every day you leave the house, you still look like fabric-store vomit.”

Regis was smiling and nodding.

“So, at first, you kind of feel like, ‘Hey, I haven’t changed yet, but I’m talking about this, and it seems like that is making a difference.’ But as time passes, you keep leaving your house, and you keep noticing that while you are still in conversation, that blasted mirror keeps showing you the same images. Even though you expect things would be different, you notice they aren’t.”

Jonathan took a sip of water before checking in with Regis. “Are you able to situate yourself in this metaphor, Regis?”

“I think so, maybe? Like, I think I’m looking in the mirror and expecting things to be different but they aren’t, is that right?”

Jonathan looked Regis in the eyes. “Regis, are any of these strategies really going to make the difference with your outfits, in this ridiculous metaphor, that you want them to?”

Regis shook his head emphatically. “No! They’re just going to let me avoid being with the truth.”

“And what is that truth, Regis?”

Regis thought. “Well, basically that what I’m doing isn’t working. That talking about how I dress, alone, doesn’t change the way things are going.”

“Exactly!” Jonathan clapped his hands. “You’ve got it perfectly right Regis. So what would you say there is to do in this silly story I’ve concocted?”

“Well… Hmmm…” Regis paused for a moment. “Well, definitely not take away the mirror. The mirror is actually revealing how things are going. And I don’t even know if not talking about changing the outfit is the thing to shift. I think it’s just clear that there’s just more action that is required. It’s like, if I want things to be different, and they’re not currently being different, then I have to do something else. The mirror is telling me that this alone, isn’t working.”

Jonathan felt warmth in his chest. These were some of the most sacred moments in his work — supporting someone in a conversation about quitting, without any attachment to how it went, and helping them see the underlying pattern that had brought them here.

“Regis, I want to share that I feel like you’re priming yourself for a breakthrough here. You’re doing beautiful work!”Jonathan beamed at Regis, who looked encouraged. “So, are you clear that the mirror is a metaphor for our coaching?”

“Yes, totally. This is the place where I get the reflection for how things are going, and I have to account for how I’m showing up.”

“Exactly. So, before we look at what there might be to take on, you sound pretty clear that taking a break from coaching, or ending it, or whatever, is unlikely to create the shift you want. Do I have that right?”

“Yes, Jonathan, absolutely. I can see that now.”

“Okay, great, so, if not taking a break from this, and instead we were looking at this through the lens of ‘What you’ve been doing up to this point, while not wrong, just hasn’t been sufficient to create the results you want’, what do you see there might be to take on from here?”