Why Telling People to Not Stop Isn’t Working 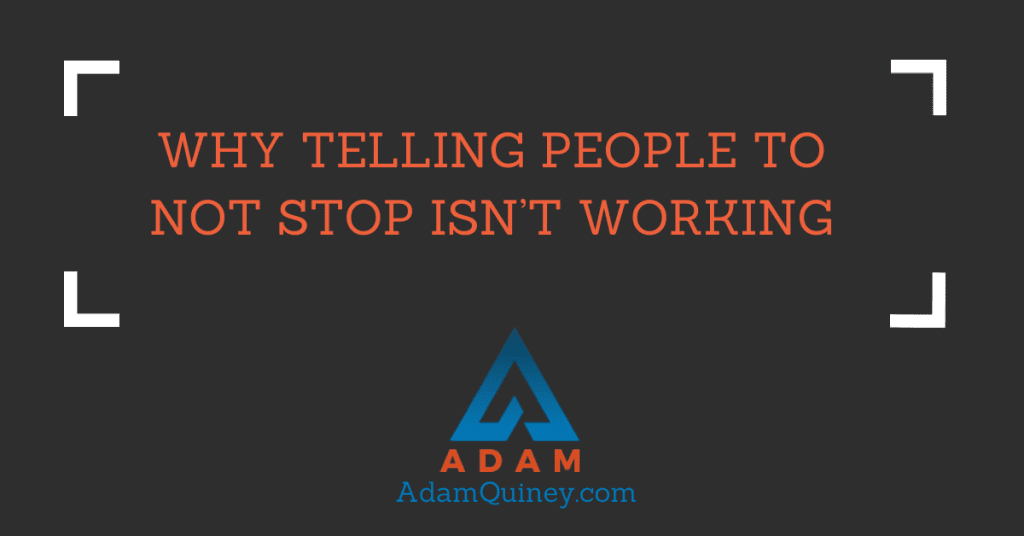 As part of the The Forge this year, Bay and I decided to include a retreat. There’s been something amazing that has been happening as a result of the addition of this retreat, and it’s not that people are coming — it’s that they aren’t.

(Although it is amazing that people are going to spend four days with us in Costa Rica, that’s not what this post is about). What is amazing is that people are currently STOPPED in coming to the retreat. What I mean by that, is that people committed to supporting people to live into possibility are getting stuck when it comes to creating that for themselves.

This is a beautiful thing, because it perfectly represents how leadership gets stuck.

There’s something we want from life, but all we can see are the reasons that make showing up/attending/having the thing we want impossible.

Maybe next year.
Maybe after we’ve created the money.
Maybe we’ll make a declaration after things calm down, but for now, we’ll just let this sit in the land of intention and well wishes.

This is why leadership is often talked about, but rarely modeled — it has integrity *baked in*. It’s all fine and good to talk about not letting circumstances stop you, but when it comes down to it, we all get stopped by circumstances, because we’re all humans (Bay and I too).

Frankly, it’s easier to shout about flying from a mountain top, than it is to take the scary leap ourselves and discover that we can fly.

So what’s really beautiful is that these coaches are coming up against their own resistance. Their own *incredibly reasonable* reasons for being a “This sounds awesome, but maybe next time”, and, instead of stopping there, they’re getting supported to *go beyond*.

Rather than focus on the wall in front of them, and all the reasons why it seems really tough to scale, they’re putting their attention on what would be possible if they were to scale this wall — not tomorrow, not next time, but right. fucking. now.

They’re getting supported to make their lives happen, simply because they said so. And they’re doing that so they can support other people to do the same.

That, is the work of leaders.