YOUR RELATIONSHIP DETERMINES EVERYTHING 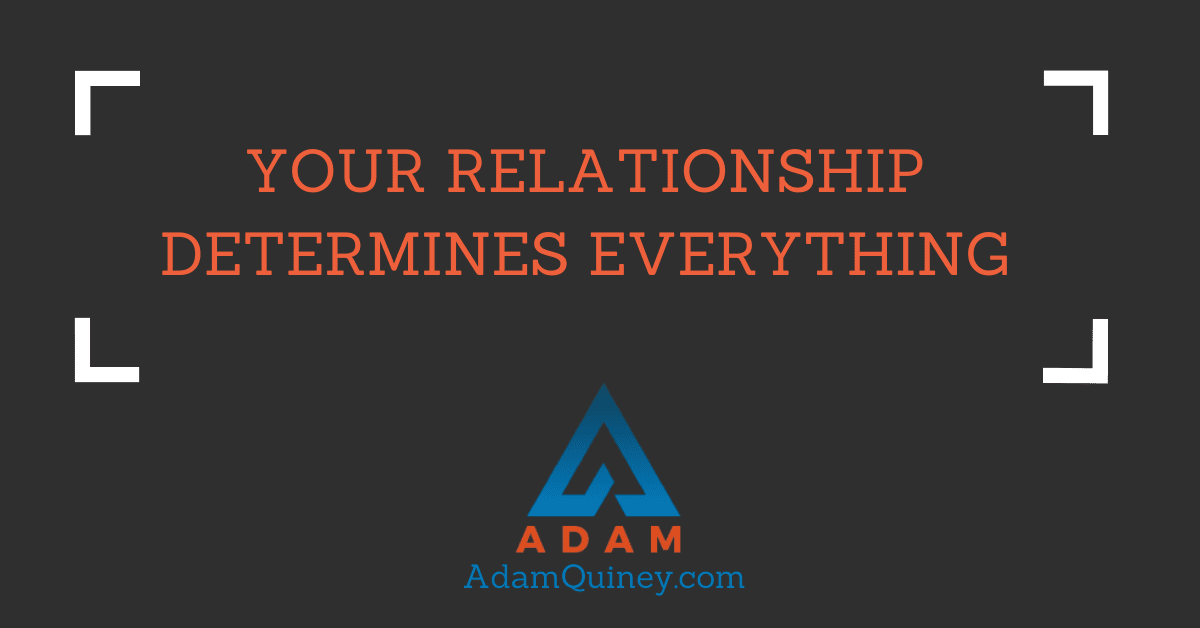 Like commitment. Or intimacy. Or being late. Or budgeting. Or dieting. Or exercise. (Are you getting the picture here? There’s something on this list for everyone).

Your relationship to any particular thing is determinative. Until you’ve got it distinguished (out in the open, with the light of day shining on it), it owns you.

So, if you’ve got a story that Commitment is bad, tedious, boring, forces you into a box, and takes away your options, you’re going to:

When you have a disempowered relationship to something, you’re going to avoid it. Here’s the other thing you’ll do — you’ll prove your relationship right.

If we keep talking about commitment, you’re going to do all of those things above, but eventually you’ll conclude that there are some things you want in life that simply can’t be arrived at unless you’re willing to commit.

And so commit you will, and you’ll do so in a way that proves all of these crappy truths about commitment. You’ll experience boredom in it. When things get challenging, you’ll choose your commitment in a way that leaves you feeling forced into a box, instead of finding a way to relate to it that leaves you feeling freed. When you’re confronted by your commitment, you’ll put your attention on all of the options it’s taking away from you (as opposed to putting your attention on everything it’s providing you).

Our relationship to something is determinative.

Here’s the cool thing: your relationship to something is made up.

There’s no universal, objective truth that commitment is the way you say it is, or that people that have discipline are the way your relationship tells you they are. People with money aren’t all “that way”. (Notwithstanding this, you’ll have a ton of evidence you can point to, to prove that people that do X really are this way — this is just your relationship to something reasserting itself).

Rather than having your relationship to something own you, and figuring out better and more contrived ways to get what you want while avoiding the thing you are disempowered around, the real breakthrough comes in tackling the relationship itself.

What if you could rearrange how you relate to commitment (or discipline, or love, or feelings, or…)? That would shift the entire building blocks that your life has been built on.

That’s where the breakthrough lies.